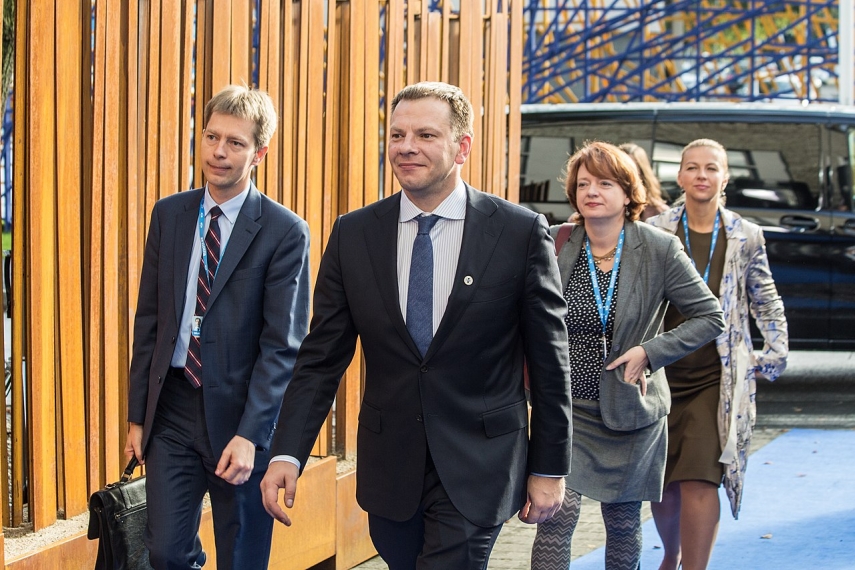 VILNIUS - Lithuanian Finance Minister Vilius Sapoka rejects criticism that the proposed new budgeting principles may undermine the independence of law-enforcement and supervisory bodies, but promises to improve the bill.

The Finance Ministry has come under fire over its proposal that members of the Cabinet should be tasked with coordinating certain public policy areas and that heads of public institutions should have their strategic goals and targets approved by ministers.

The Constitutional Court's president, the auditor general, the Prosecutor General's Office and the Seimas opposition say this will open the way for political influence.

The Finance Ministry dismisses the allegations, saying the proposed new model would improve transparency and encourage institutions to focus on meeting the key national targets.

"We shouldn't be afraid of greater public accountability. It's about transparency, not about control," Sapoka said in a comment to BNS on Tuesday.

"Taxpayers deserve to know how much, where and for what purpose their money is spent. This is why the changes are being proposed," he said. "But this is only the initial version and we will improve it based on the comments made by the institutions."

The Finance Ministry says the current model for drawing up the state budget is flawed in that it is prepared on an institutional basis and appropriations are allocated to appropriation managers, without specifying the area and national strategic objectives toward which the money should go and without setting indicators for measuring the performance.

"The existing practice limits the ability to agree on the state's main objectives for the coming years and does not encourage state budgetary institutions to focus on achieving the state's main targets," it said in the comment.

The ministry insists that this will not give ministers "any rights to affect the independence of institutions".

In its comment to BNS, the ministry says it will take into account all the comments and proposals from the relevant bodies before submitting the bill to the Cabinet for consideration.

Seimas Opposition Leader Viktorija Cmilyte-Nielsen says the new model would mean "placing all power in the hands of the government".

"This would open the way for ministers to influence the budgets of institutions that are independent and not subordinate to them (ministers). This runs counter to the principle of separation of powers enshrined in the Constitution," the Liberal MP said.

"With the term of the ruling bloc coming to an end, they undertake initiatives that pose an increasing threat to Lithuanian democracy, with shattered political ambitions and unfulfilled dreams hiding behind them," she said.

The Constitutional Court's president said the bill, if passed, would make it possible for the justice minister to control the top court's activities, which would be "incompatible with the principle of the independence of the judiciary".

"Courts' activities are not and cannot be an area of management assigned to the Ministry of Justice of the Republic of Lithuania or any other executive authority," Zalimas said in his conclusion on the bill.

In his opinion, the proposed bill "could be regarded as an attempt to interfere with the independence of the Constitutional Court".

The Prosecutor General's Office fears that the new model would open the way for "applying political, economic and psychological pressure on the prosecutor's office".

The Special Investigation Service (STT) frowns on the proposed coordination by ministers, too.

STT Deputy Director Egidijus Radzevicius says "the proposed legal regulation would be incompatible with the political and financial independence of STT as the main anti-corruption law-enforcement agency in Lithuania".

Auditor General Arunas Dulkys says if the interior minister becomes the coordinator of his office, the politician will have the mandate to influence the impartiality and objectivity of an audit.

"The Finance Ministry's proposed new legal regulation clearly undermines the independence of the National Audit Office", he said in his conclusion.