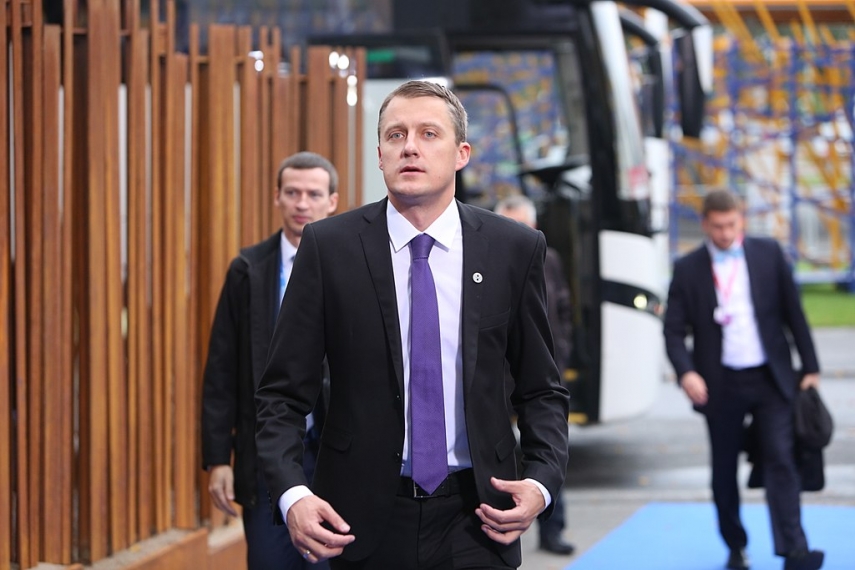 Supporters of the step say that the search for compromise is a cheaper decision that is welcomed by investors, while critics are astonished that the peace pact was proposed after the ministry's victory in the court of first instance.

It is a rare case in Lithuania when peaceful settlement rather than litigation is chosen in large deals or investments in the energy sector. Lithuania has earlier been to court with Russia's gas concern Gazprom and is now awaiting arbitration over investments of French company Veolia.

"It is an entirely civilized way of settling a dispute. But we should also look at the content of the peace deal and its benefits for each of the parties. Peace is a compromise – both sides have to make concessions," Andrius Mamontovas, a lawyer with FORT law office, told BNS.

MP Vitalijus Gailius, chairman of the parliament's Anti-Corruption Commission, says he had received an anonymous letter to various institutions and the media, asking to look into the energy minister's decision to seek peaceful settlement as a manifestation of corruption. In the MP's opinion, there are no signs of abuse in the effort to seek peace.

"As to signs of abuse, I do not think there is sufficient data to corroborate this today (…), furthermore, an intention is not abuse (…). For now, we have no evidence of damage," Gailius told BNS. In his opinion, the settlement between the Energy Ministry and Danpower is possible, however, its benefits to the state should be analyzed by the government.

Meanwhile, MP Algirdas Butkevicius, a member of the parliamentary commission and former prime minister, said Vaiciunas' plans to conclude a peace deal with Danpower was corruption.

"Two courts of lower instance did not satisfy Danpower's efforts, and they now turned to the Lithuanian Supreme Administrative Court, however, the minister for some reason wants a settlement. The step is fully beyond my comprehension, I believe many don't understand it either," Butkevicius told BNS.

"My view is positive, parties can always seek an agreement. I believe the steps that were the cause of Danpower's claim to court were taken by the earlier government of Butkevicius, and the current Energy Ministry has to correct the situation and protect Lithuania's interests to the biggest degree possible," Sekmokas told BNS.

In his words, the ministry is working hard to ensure fair treatment of an important investor from Germany and keep Lithuania from becoming a country that would be hostile to investors and that would violate their interests.

"We continue planning new Danpower Baltic investments in ambitious projects of renewable energy in Lithuania and other Baltic states and Poland. We do not rule out inviting partners for implementation of the projects," Vogel said in a comment to BNS when asked whether Danpower Baltic was not considering to sell its business.

Danpower Baltic in Lithuania is owned by Germany's Danpower, which is 100-percent owned by Stadtwerke Hannover, in equal shares with the family of Augustinas Rakauskas, co-owner of Senukai DIY chain, and Geco Investicijos company operated by Zabolis ir Partneriai.

The joint German-Lithuanian company Danpower Baltic says it has invested nearly 100 euros in Lithuania and is in courts with Lithuanian institutions for a few years over its projects in Vilnius and Kaunas, with some decisions taken to European courts.

Stadtwerke Hannover, which operates with the trademark Enercity, is one of the biggest municipal utilities services companies in Germany, with annual sales totaling 2.3 billion euros.

The Danpower group said its 2016 turnover was 170 million euros, with 460 employees working in its units in Germany, Estonia and Lithuania.