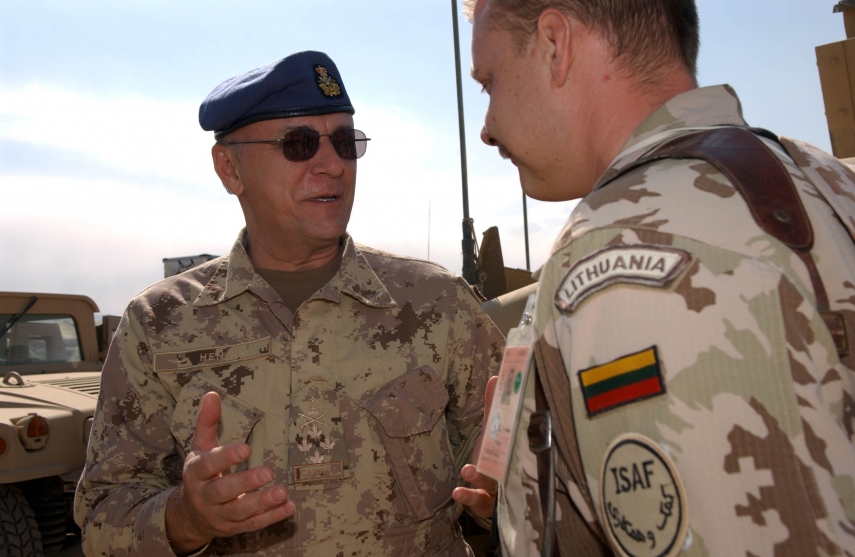 Having assessed the current geopolitical situation and threats to the state's security, Lithuania's State Defence Council has decided to reintroduce temporary military conscription in order to strengthen the country's defensive capacities.

"The constitution obliges us to assess the threats that our country is facing and organise national defence in a way that ensures proper defence of our state. This is the duty of the heads of state. As the geopolitical situation is changing, the armed forces  must be properly prepared for armed defence of the country, even in times of peace. Today's geopolitical environment calls for strengthening and accelerating the manning of our army. This must be done in the upcoming years," said President Dalia Grybauskaite.

"It is our constitutional duty and a matter of honour to defend our Homeland," the president said.

The Lithuanian armed forces will be manned on a mixed basis and composed of both professionals and conscripts, the presidential press service said.

Similar sized countries in the region also have mixed-type armed forces, including Finland, Estonia, Norway, and Denmark. The move should allow Lithuania to complete the manning of its army in 2015-2016 and to fully build a sufficient military reserve over the next 18 months.

Lithuania's Chief of Defence, Major-General Jonas Vytautas Zukas has said that conscripts will be selected for service by lotteries.

According to the chief of defence, battalions are poorly manned at the moment: only two of them have more than 50 percent of the required number of troops. This critical shortage of troops is a real threat to the state's security.

Around 3,000 conscripts are planned to be called up during the third and fourth quarters of 2015. Another 16,000 conscripts will be drafted in the next five years: they will later become the army's reserve.

Major General Zukas says that conscripts will be selected randomly - by lottery, as the US did during the Vietnam War.

Healthy, educated men with no previous convictions between the ages of 19 to 27. will be eligible for military service Failure to show up for conscription will lead to criminal responsibility.

If Lithuania's parliament approves the changes made by the State Defence Council, the first conscripts should be brought back to the armed forces already this September.

Lithuania's army has around 13,000 troops at the moment.