Lithuanian Black Hawks will have special equipment used by US army 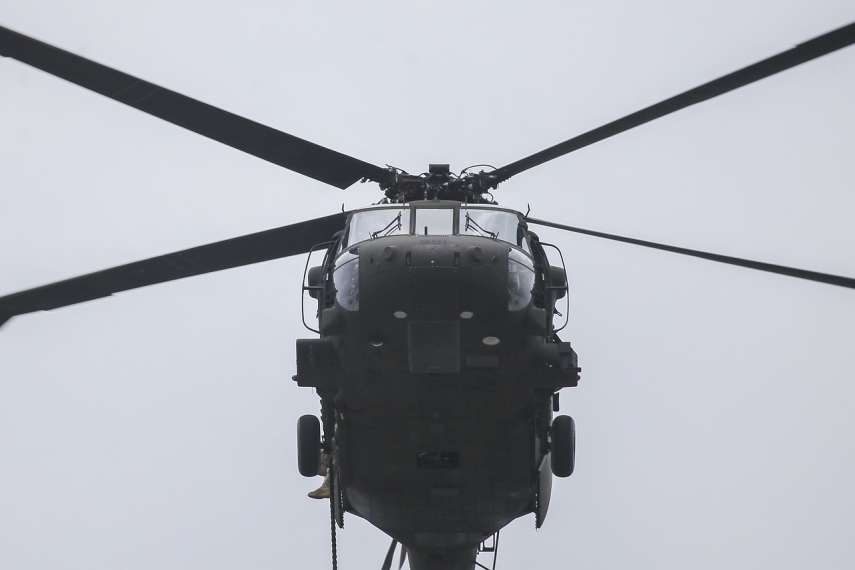 VILNIUS – The Lithuanian army's decision to buy six American Black Hawk helicopters from the US administration, and not directly from the producing company, Lockheed Martin-Sikorsky, was determined by finances and the technology needs, says Sigitas Dzekunskas, director of the country's Defense Materiel Agency under the Ministry of National Defense.

The ministry announced several week ago its plans to spend 300 million euros on new Black Hawks to replace the Russian Mi-8s the Lithuanian army is using now.

In an interview with the 15min.lt news website, Dzekunskas said that when buying these helicopters, the Lithuanian army would get the whole package, including the project's management, ensured quality and direct involvement in the production of the helicopters.

In his words, when planning this acquisition, Lithuania also turned to both European and American companies, including France's Airbus, Italy's Leonardo, the US-Canadian company Textron, as well as Lockheed Martin-Sikorsky, the producers of Black Hawks.

According to Dzekunskas, Black Hawks met all operation requirements set by the Lithuanian army.

"For example, we looked into the compatibility with our regional partners and neighboring countries. It was very important for us because of cooperation, joint military exercises and operations. (…) The Swedes have Black Hawk helicopters, and the Poles and Latvians are also buying them. Of course, the Americans we work with also mainly have Black Hawks. There's a huge advantage when we use the same equipment," Dzekunskas said.

In his words, the final price for the six Black Hawks will be known when the negotiations start. Lithuanian copes to sign the contract by the end of this year, and the first helicopters should be delivered in 2024.