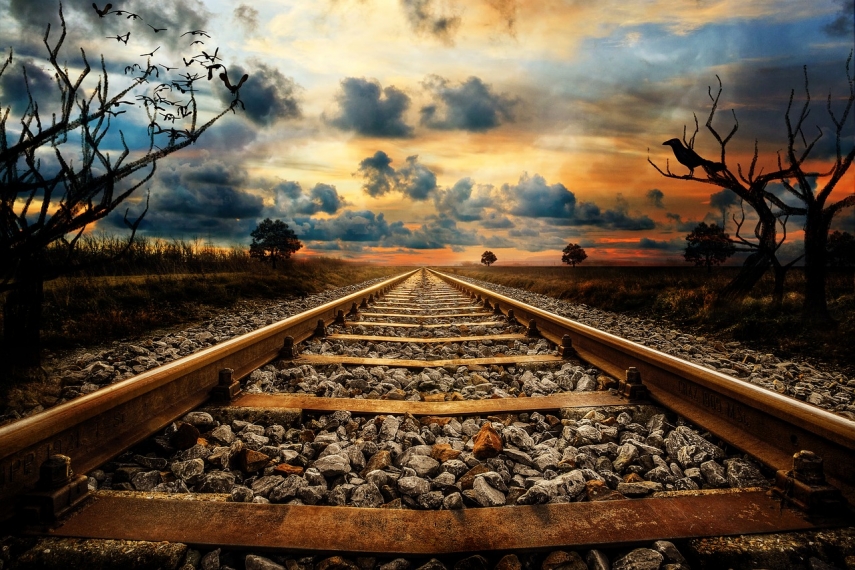 VILNIUS – The new president of the Polish railway company has pledged to shortly reduce the train travel time between Vilnius and Warsaw, however, has not specified a date.

"We would want to achieve a trip from Vilnius to Warsaw without any difficulties and within the shortest possible time. We are now considering how this should be done. (…) I understand that you would want to hear a date, however, I will respond that this will be done as soon as possible and sometimes even faster than you would imagine," Krzysztof Maminski told a news conference in Vilnius on Friday.

During his first visit to the Lithuanian capital, Maminski met with Transport and Communications Minister Rokas Masiulis and CEO of the state-run railway company Lietuvos Gelezinkeliai, Mantas Bartuska.

"We discussed the possibilities of developing infrastructure, passenger transport possibilities and cooperation in the cargo field. Let's say that the freight flow from Lithuania and from Poland could grow via the interconnection that we have," Bartuska told the news conference.

According to then calculations, this would curtail the travel time from Kaunas to Warsaw to 6.5 hours from the current nine hours.

The Lithuanian and Polish railway companies agreed in 2016 on passenger transport from Kaunas, Lithuania, to Byalystok in Poland. This was the first time in 76 years when a train traveled between the two cities without changing the rolling stock. Trains between Kaunas and Byalystok currently run five times a week, with the trip lasting around five hours.