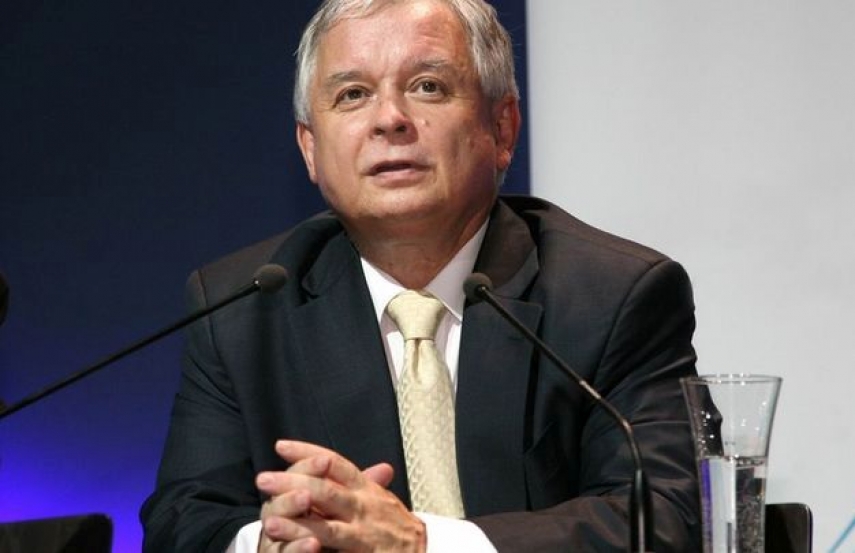 He underlined that Mazeikiai is "a live monument to President Lech Kaczynski", and the Orlen Lietuva oil refiner operating here connects "our countries' economic bloodstream."

He underlined that Lithuanian Prime Minister Saulius Skvernelis' words on Friday provided a lot of hope regarding future economic and energy cooperation.

Meanwhile Skvernelis said Kaczynski is remembered in Lithuania as "a wise politician and strategist who gave start to a very close relation between Lithuania and Poland." He also pointed to the late Polish president's role in Polish oil giant Orlen's 2006 decision to buy the Lithuanian oil refiner in Mazeikiai.

"It was a very wise decision. Today we can confirm that that decision has proven right and today there's a very important link for our friendly interstate relations," Skvernelis said.

He also expressed his delight that the existing Lithuanian-Polish relations "are the way President Kaczynski imagined and wanted them to be."

In a press release, Skvernelis also called cooperation with Poland as one of his personal priorities, and underlined that the two countries' historic partnership is reflected in many anniversaries and actions, including the honoring of the Narutavicius brothers, the reburial of the remains of participants of the 1864 uprising, which Poland also plans to contribute to.

Skvernelis thanked the Polish prime minister for strong support for the synchronization of the Baltic states' power networks with that of continental Europe via Poland, and Lithuania also cherishes the joint position aimed at preventing unsafe electricity from entering the EU market.

The two prime ministers also visited the Polish troops at the Lithuanian Air Force's Air Base in Siauliai.

Skvernelis stressed that "we have supported and will continue supporting" Poland's goal of hosting a permanent contingent of US troops. The Lithuanian prime minister also said he accepted Morawiecki's invitation to the summit in Warsaw on May 1, held to mark the 15th anniversary of the EU's enlargement.