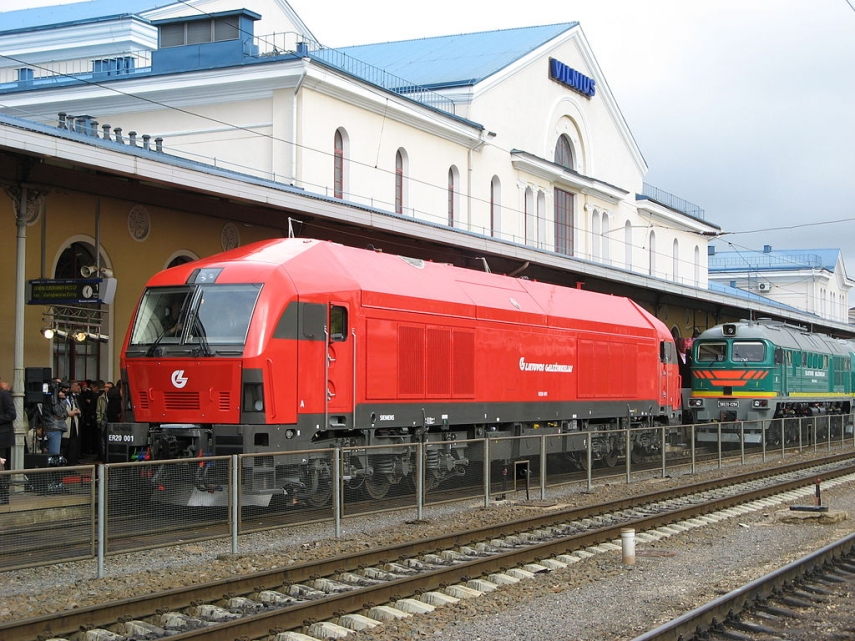 VILNIUS - The Lithuanian government decided on Wednesday to turn to a EU court over a 28-million-euro fine that imposed by the European Commission on Lietuvos Gelezinkeliai (Lithuanian Railways) for hindering competition by removing a rail track to Latvia, Transport Minister Rokas Masiulis said on Wednesday.

Prime Minister Saulius Skvernelis said that the government had also decided to "rebuild the infrastructure", that is, the 19-kilometer track from the Mazeikiai crude refinery, in northern Lithuania, to Renge in Latvia, which was dismantled back in 2008.

"A decision was made to oblige Lietuvos Gelezinkeliai to go (to court) for the fine to be annulled or reduced," Masiulis told reporters after the Cabinet's meeting.

"As to restoring the functionality of the Renge section: Lietuvos Gelezinkeliai will have to work out a project first and coordinate it with the European Commission, and the government will then decide where to find the money," he said.

According to the minister, Lithuania has arguments for reducing the fine or perhaps even annulling it altogether.

Lietuvos Gelezinkeliai CEO Mantas Bartuska said in October that the state railway company was likely to start rebuilding the Renge track shortly. He could not say how much this would cost the company. Earlier estimates put the cost at around 20 million euros.

The European Commission imposed the fine on Oct. 2 and gave Lietuvos Gelezinkeliai three months to draw up a plan to correct the situation and coordinate it with the EU's executive body. The company has until Dec. 18 to challenge the decision before the EU General Court.

Poland's oil group Orlen, which filed a complaint with the Commission over the removal of the Renge stretch, has welcomed Lietuvos Gelezinkeliai's promise to rebuild it. Orlen's Lithuanian crude refinery used the route to transport its oil products to Latvia and Estonia before the track was dismantled in 2008.