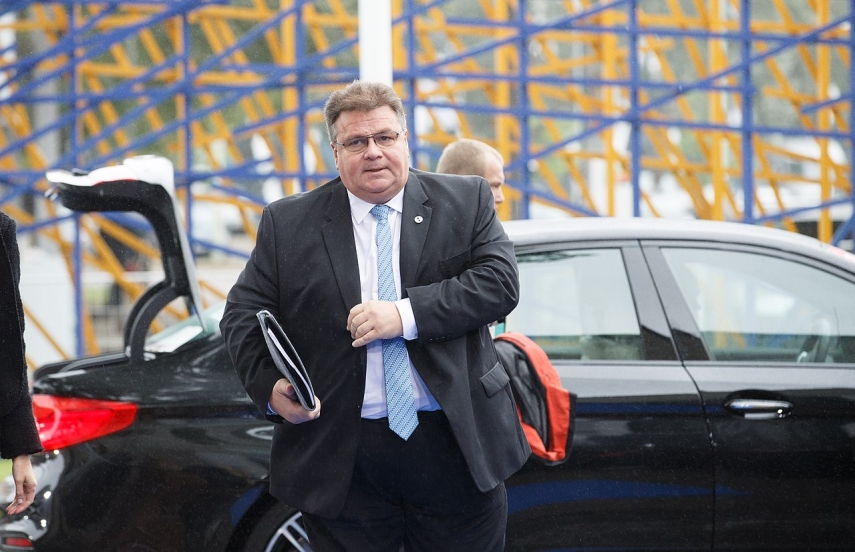 VILNIUS – Lithuania plans to call on the European Union not to hasten to adopt the new multiannual budget.

In preparation for a new round of budget talks, the Lithuanian government on Monday discussed its position before the EU General Affairs Council in meeting in Brussels on Tuesday.

The meeting will follow the EU summit in December. Lithuanian Minister of Foreign Affairs Linas Linkevicius says it was agreed then the 2021-2027 budget must be agreed by the fall.

In his words, despite the fact that it means the decision on the EU budget will be made after the EP election in the spring, for Lithuania "quality is more important than the speed of the talks."

"The leaders'  discussion (…) once again highlighted the differences among states which are in favor of the continuity of the traditional policies, like cohesion or agriculture, and also members which see the need for new priorities," Linas Linkevicius said during the government meeting.

Lithuania is more in favor of the traditional view in this discussion and, along North European countries, plans to have a close look and make sure that the new fund does not become an instrument for directing EU money to South Europe.

A cut in cohesion funding, agricultural funding and funding for the decommissioning of the Ignalina nuclear power plant are among the key issues for Lithuania.

"We find it very important to preserve that continuity to void certain additional unwanted tensions in our national budgets when funds, like those for cohesion and agriculture, might be reduced," the foreign minister said.

Lithuania and other peripheral countries also vow to resist the idea of pan-European taxes and social security.

Romania is due to present its EU presidency priorities on Tuesday, with member states also scheduled to discuss their coordinated response to disinformation.

Lithuania will be represented by Deputy Minister of Foreign Affairs Albinas Zananavicius at the meeting.