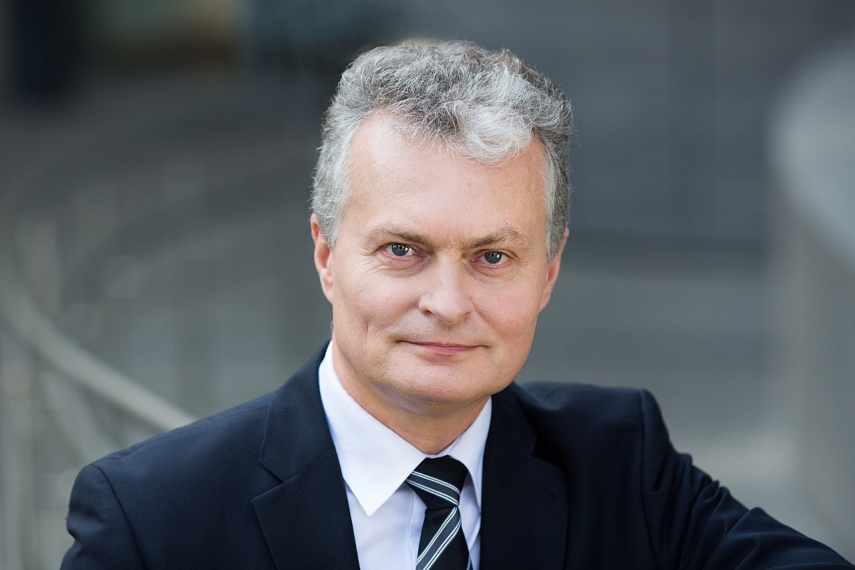 BNS Lithuania presents a review of his key quotations from the one-hour discussions at the Eastern Europe Studies Center:

"My attitudes formed some 25-30 years ago when I had a chance to visit Germany. There I realized that the Western way of life and market economy is that path raising no doubt whatsoever, and the then naļve ideas about some half-way or third way was a complete nonsense. My Western attitudes are only getting stronger today".

"I am in favor of a European Union as a confederation. Lithuania should speak out against lifting the veto right on tax policy issues. Eastern European countries apply more favorable corporate and residential income tax rates to promote investment and business. If that leverage is taken away, then we take away that rod we want to catch fish with. Bigger countries usually risk nothing regarding federalization and centralization projects, but smaller countries should be cautious".

"NATO is the most important and practically our only shield Lithuania can use to deter any external enemy. We must bolster NATO not only through words but also trough commitments; therefore, the amount of national defense expenditure in relation to GDP is not only a statistical number. By not taking measures to defend against or deter the enemy itself, Lithuania cannot expect, at least morally, other NATO members, the United States to be specifically, to defend it".

"Before any talking, we need to declare principles and not to make some doormat out of our principles when communicating with countries which are acting aggressively today and are notorious for human rights violations and not matching our understanding of democracy. But these are our neighboring countries and if we do not renounce our principles, we can try to talk to them, perhaps starting from the lower political lever and, first of all, focusing on economic and cultural cooperation".

"I am in favor of developing economic cooperation with China as there are no major trade-related risks. It's important to separate investment into some garment businesses, textiles or furniture industries, and those into infrastructure and IT technology. In the first case, I am in favor. And in the second case, I believe any investment should go through the filter of institutions in charge of national security. I'm looking at China with open eyes and do realize that there might be some other plans besides economic expansion plans. (…) I respect the Dalai Lama as a religious spiritual leader. Our religious leaders could meet with him during his visits to Lithuania. But today I see no need for the president to meet the Dalai Lama at the presidential palace".

6. THE FIRST VISIT WOULD BE PAID TO POLAND.

"My first visit would be paid to Poland. Our territorial defense plans are ineffective without cooperation with our southern neighbor. I would like our economic cooperation to be much stronger. (…) My negotiating position is that I am in favor of the original Polish name spelling on the second passport page".

"Speaking of the Polish and Baltic-Scandinavian wing, I would like for Lithuania to use its both wings and I don't thin we need any contraposition. The Baltic (and Nordic) format is important, and maybe we will have a chance to expand and include another member, the United Kingdom, especially once Brexit becomes reality".

8. SUPPORT AND CRITICISM TO UKRAINE.

"Unfortunately, corruption is the first point on the agenda, and it is destroying the Ukrainian society from the inside. Acknowledging that geopolitically it's our big friend and soldier standing at the front lines, I cannot close my eyes and say that everything is fine. We will definitely not sacrifice Ukraine as a partner while trying to flirt with Russia. That wont' happen. But if we are friends, then you can tell your friend something that is not very pleasant to hear".

"I miss the economic element in our foreign policy. I find it hard to understand why we are cutting the share of funding to foreign policy, closing representations and commercial attaché positions. Businessmen say they are starting to analyze African markets but we barely have anything to offer them. I would like the president to be an active participant of business missions, accompanying business delegations to those markets which are not completely open today".