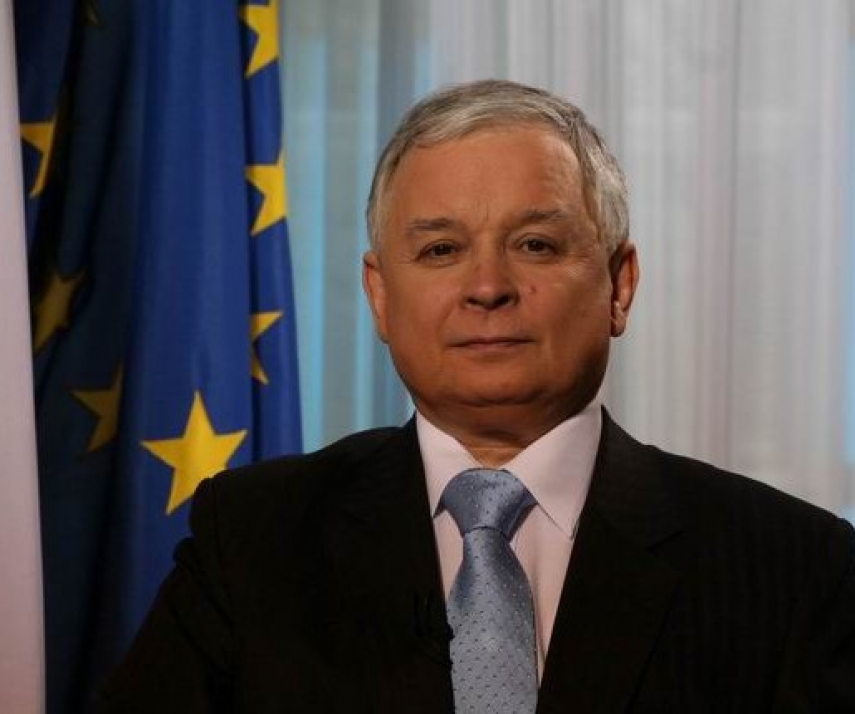 VILNIUS - The Electoral Action of Poles in Lithuania–Christian Families Alliance (EAPL-CFA) calls for a street in Vilnius and a square in Maisiagala, a town close to the Lithuanian capital, to be named after Polish President Lech Kaczynski, who died in a plane crash in 2010.

Municipal politicians in the city and district of Vilnius propose to name a square facing the Houwalt Manor in Maisiagala and a part of Konstantinas Sirvydas Street near Vilnius' central post building after the late Polish politician.

The EAPL-CFA notes that Kaczynski, accompanied by the then-Lithuanian President Valdas Adamkus, visited Maisiagala during his first trip to Lithuania.

It proposes to rename the street segment in Vilnius in the run up of centenary celebrations in Lithuania and Poland "to mark the close relationship between the two neighboring states".

A plane carrying Polish President Lech Kaczynski, his wife Maria Kaczynska and almost 100 high-ranking Polish politicians and military and state officials and religious figures crashed near Smolensk, in Russia, in 2010, killing all aboard.

The EAPL-CFA underlines that the late president was "a great friend" of Lithuania and, together with Adamkus, "worked to strengthen the regional leadership of the states (and) encouraged mutual understanding and unity between the Lithuanian and Polish nations".