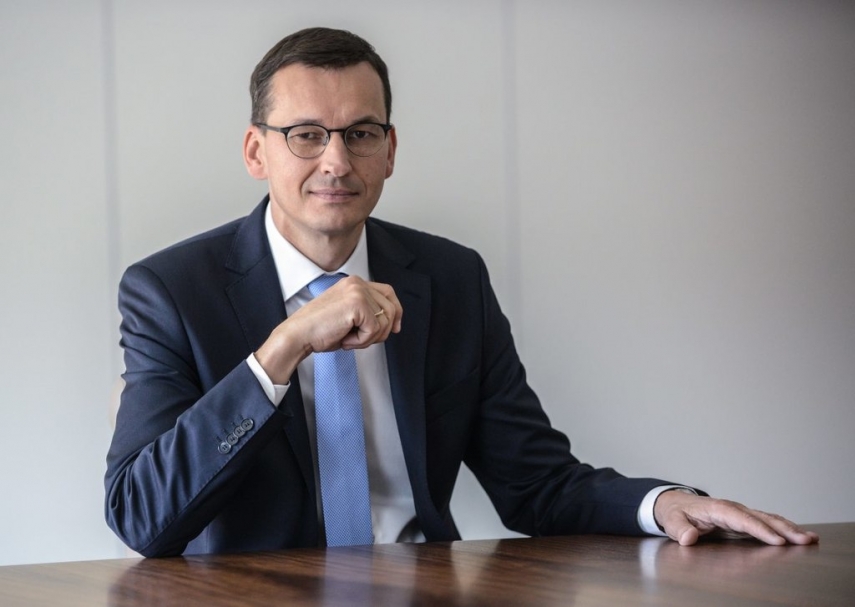 VILNIUS – Lithuania's Prime Minister Saulius Skvernelis has congratulated Mateusz Morawiecki on his appointment as Poland's new prime minister and invited him to visit Vilnius next year.

"In Vilnius, we will be able to discuss closer bilateral cooperation and reinforcement of national security, as well as the shared goals linked with the European Union and NATO," Skvernelis said in his congratulatory message.

The head of the Lithuanian government also emphasized that the upcoming period would be of utmost importance to the future of the European Union. In his words, Lithuania appreciates the role Poland plays in the shaping of EU agenda, with the goal of reflecting regional and common European interests in connection to a sustainable, harmonious and safe European Union, the governmental press service said.

In Skvernelis' words, 2018 will be a special year for Lithuania and Poland, as the two neighboring nations will celebrate 100-year anniversaries of restoration of their statehood.

"Please be assured that the government of Lithuania is willing to pursue a bilateral dialogue and continue creating well-being of our nations by mutual efforts," said the Lithuanian prime minister.

On Monday, the Morawiecki-led government was officially inaugurated in Warsaw on Monday. Before the appointment, Morawiecki served as minister of finance and development. The former prime minister, Beata Szydlo, will now be his deputy.

Morawiecki, a former banker who speaks English and German, is viewed as a better candidate than Szydlo to represent Poland on the international arena.