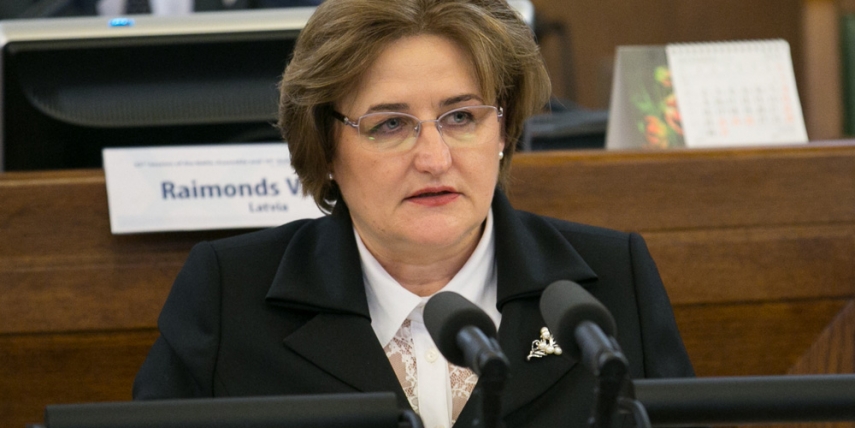 VILNIUS - Lithuania's Parliamentary Speaker Loreta Grauziniene has cautioned her Baltic and Nordic neighbours about the risks posed by the Astravyets nuclear power plant being built in Belarus near Vilnius.

Grauziniene stated that the construction of the Astravyets facility exhibits a careless stance on human and environmental safety, which international pressure may be able to redirect.

"Lithuania works actively, hoping that international efforts could change the neglectful attitude towards human and environmental well-being in the development of the nuclear energy project," the parliamentary speaker said in a press release.

It is vital for the nations in the region to collaborate with international institutions responsible for nuclear safety, EU partners, and the European Commission to urge Belarus, which hopes to join the club of nuclear nations, to be mindful and follow the strict rules and requirements valid in the club in addition to principles of transparency and good neighbours, noted Grauziniene.

She stressed the Lithuanian requirement to perform a specialised International Atomic Energy Agency (IAEA) assessment mission of the construction site and Astravyets N-plant stress tests. The speaker also backs the proposal by a committee of the United Nations Espoo Convention to establish an international expert commission for meticulous analysis of the implementation of the Astravyets project, reads the press release.

Built approximately 50 kilometres from the Lithuanian capital Vilnius, Astravyets plans to switch on its first reactor in 2018. The nuclear plant is being built by the Russian state-run corporation Rosatom.