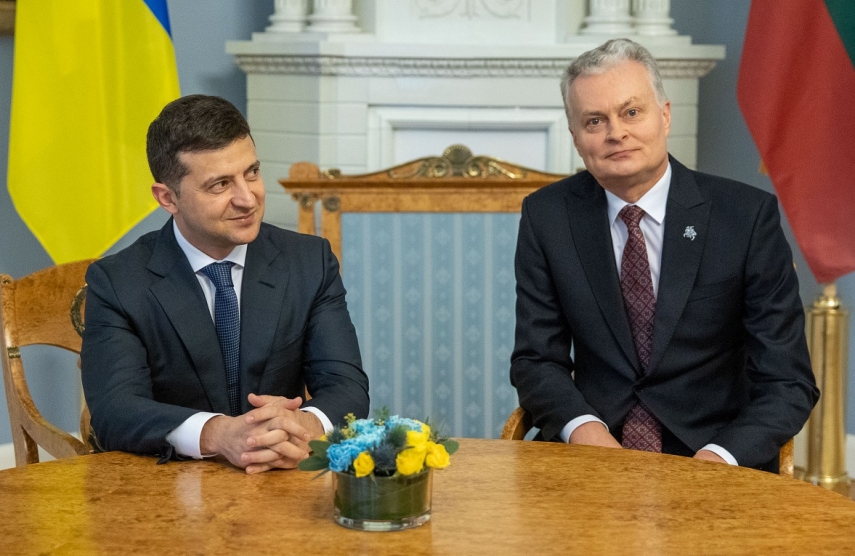 VILNIUS – On the eve of the so called Normandy Four summit on Monday, Lithuanian President Gitanas Nauseda voiced his strong support to Ukraine and called for backing international pressure on Russia.

The Lithuanian president praised Ukraine for "leadership and ambition" to seek peace in eastern Ukraine but also pointed to the fact that Russia-supported armed groups are still violating the ceasefire.

"As the Normandy Format summit is approaching, we strongly support Ukraine's sovereignty and its territorial integrity. We see Ukraine's leadership and ambition to seek peaceful resolution of the Russian-Ukrainian conflict. We hope that the Normandy summit on Monday will contribute to the end of the war in Donbas," Nauseda said in a comment sent to BNS.

"Meanwhile, Russia-supported armed groups are constantly violating the ceasefire, and Ukrainian troops continue to die in eastern Ukraine, and civilians are also coming under fire. It is very important to support international pressure on Russia to make sure it meets its commitments under the Minsk Agreements," the president said.

The military conflict between the Ukrainian government forces and Russia-backed separatist broke out in 2014 and has already cost over 13,000 lives.

Russia is currently under Western sanctions for its intervention in Ukraine.