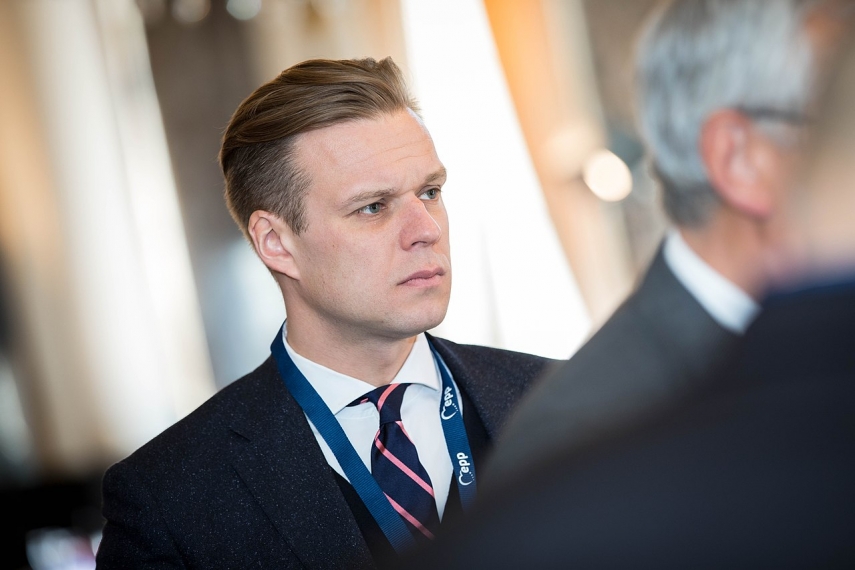 VILNIUS – The opposition conservative Homeland Union – Lithuanian Christian Democrats are concerned by the ruling coalition's decision to hand over responsibility for the national defense area to the Order and Justice party, and to make the Electoral Action of Poles in Lithuania – Christian Families Alliance in charge of interior affairs and transport.

"Giving responsibility for the defense area with rising funding to a party standing trial for financial crimes might discredit national agreements on defense and lead to public distrust in this important area and necessary funding. What is causing more concern is the decision to hand over the Interior Ministry, which has border protection under its responsibility, to the party of Valdemar Tomasevski who wears the St George's ribbon," HU-LCD leader Gabrielius Landsbergis was quoted in a statement released by the party on Friday.

Earlier in the day, four parties in Lithuania, including the Lithuanian Farmers and Greens Union, the Social Democratic Labor Party of Lithuania, the Order and Justice party and the Electoral Action of Poles in Lithuania – Christian Families Alliance, signed a coalition agreement.

Under the signed agreement, the Order and Justice party will nominate a minister of national defense, and the EAPL-CFA will take over the Ministry of the Interior.

"Unfortunately, as we see the negotiation result announced today, it's regrettable that Lithuania will be ruled by a coalition of parties which lost public trust and are standing trial for another year, and the best-working ministers of the highest standards of transparency are being dismissed," Landsbergis said.

In his words, the LFGU used the opportunity to get rid of the best-working ministers, including Transport Minister Rokas Masiulis and National Defense Minister Raimundas Karoblis.

"We hope that the newly-elected President Gitanas Nauseda will not lower the quality and transparency bar for the parties and ministers, was raised high by President Dalia Grybauskaite, and will not accept the conditions dictated by the parties which lost public trust and stranding trial," Landsbergis said.