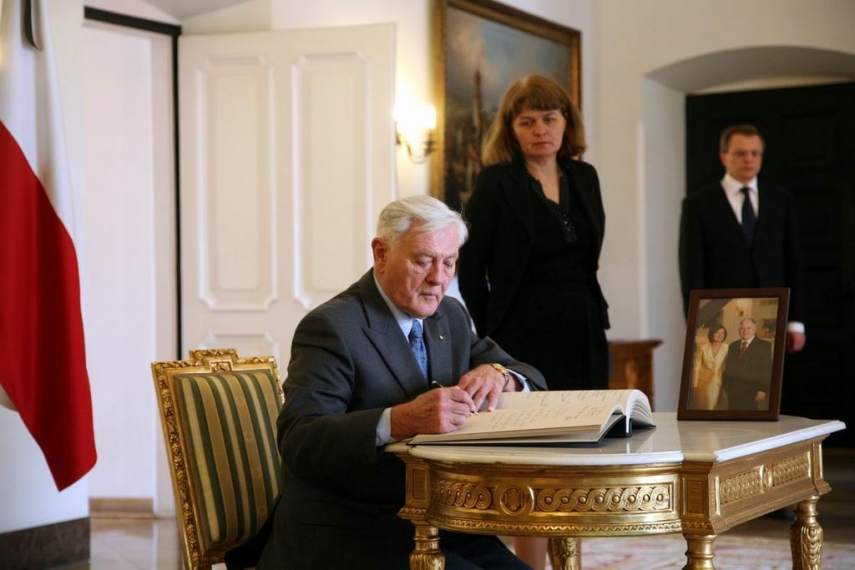 VILNIUS – Lithuania's former president Valdas Adamkus has emphasized the importance of continuity in public life and unity of the nation, inviting youth to take active interest in history. Speaking on the country's centennial anniversary, he urged politicians to act in a way to make sure that the youth is not disappointed in the state and public life.

Adamkus also told politicians that their current disputes and conflicts were being watched by the young generation, stressing they should behave in a way to be an example for young people instead of being the reason behind their disappointment in the state.

"Just like I once watched President Kazys Grinius and listened to his every word, just like today's politicians looked at the personalities of the Sajudis liberation movement with respect and curiosity, today's youth are listening to your words. Future citizens of Lithuania grow in schools and classrooms – they will be the future teachers and presidents, diplomats and farmers, the future Jonas Basanavicius and Vincas Kudirka, the future Vincentas Sladkevicius and Liudas Mazylis. Therefore, we should act with dignity and keep the belief of young people in politics and public life. Let's not allow them to be disillusioned with freedom. Let's not allow them to be disillusioned in Lithuania," said Adamkus.

In his speech, the Lithuanian former president that the centennial anniversary was an exclusive festival because he had been born in Lithuania before it was occupied by the Soviets. "We feel like a live link between two stretches of freedom divided by five decades of black occupation. We survived sore tests of fate but also received spectacular gifts of fate, including the most valuable ones – March 11 and today's anniversary of Lithuania," he added.