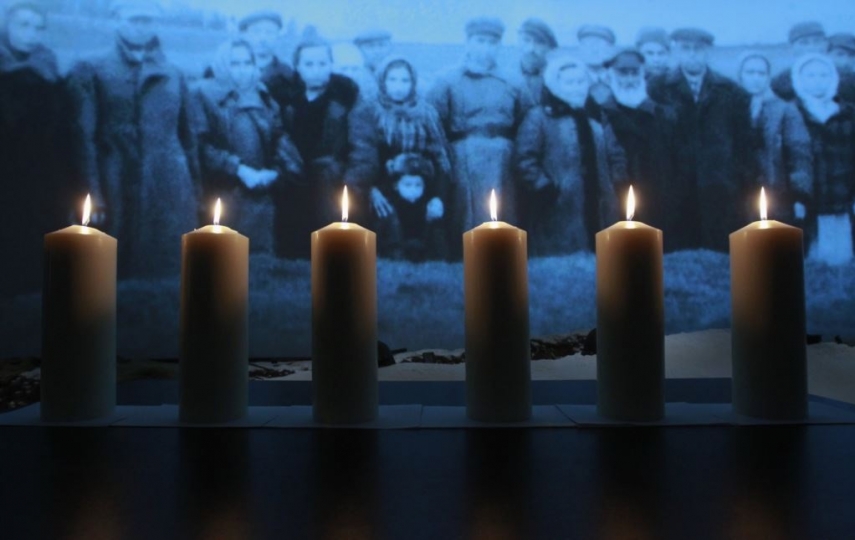 VILNIUS - The traditional March of the Living to Paneriai, a suburb of Vilnius where tens of thousands of Jews were killed during to Holocaust, will be held and the names of the victims will be read out at the Choral Synagogue of Vilnius as part of events marking the Day of Remembrance for Jewish Victims of Genocide in Lithuania on Monday.

A commemoration will also take place in the capital's Rudininku Square.

The March of the Living from the Paneriai railway station to the Paneriai Memorial will take place in the afternoon, followed by a commemoration ceremony.

The International Commission for the Evaluation of the Crimes of the Nazi and Soviet Occupation Regimes in Lithuania has invited teachers and students to join an initiative to retrace the memory of the numerous Lithuanian Jewish communities destroyed during the Holocaust.

"In more than 200 places of Lithuania, students walk from town centers there Jews use to live to the mass killing sites, retracing the path of the victims killed during the Holocaust," the commission said in a press release.

On Sunday, the courtyard of the former Vilnius Ghetto Library was opened to visitors, with plans to establish a museum of the Holocaust in Lithuania and a Vilnius Ghetto memorial museum in the former library building in the next few years, the Vilna Gaon State Jewish Museum said.

Lithuania has been marking the the Day of Remembrance for Jewish Victims of Genocide since 1994 to commemorate the liquidation of the Vilnius ghetto on September 23, 1943.

The Nazis and their local collaborators killed over 90 percent of Lithuania's pre-war Jewish population of over 200,000 during the Holocaust.