Lithuania expected to be among leaders of economic development in EU 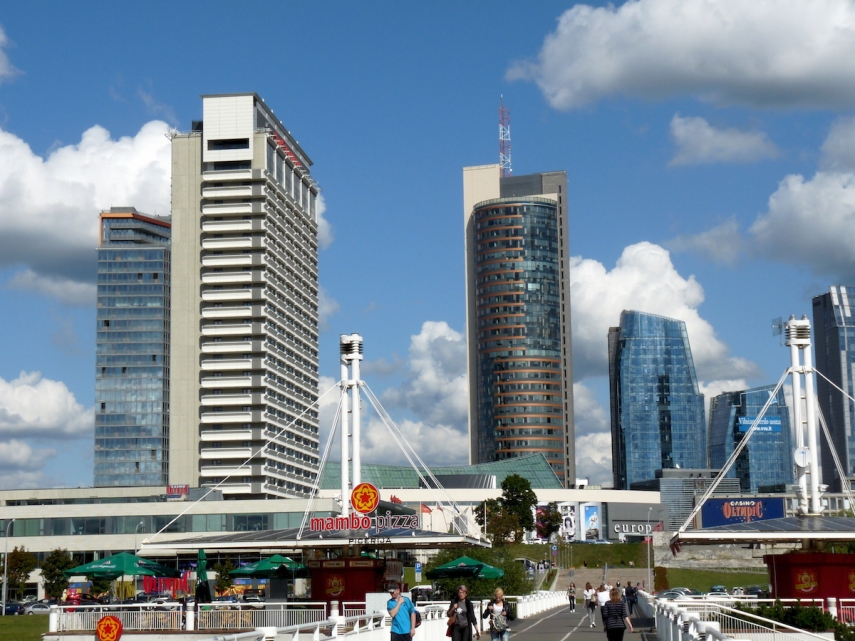 The Bank of Lithuania believes “Lithuania will be among the leaders in Europe in terms of its rate of economic development” in 2015, despite a drop in country’s predicted Gross Domestic Profit.

In 2015, the bank forecast that due to the worsening export situation of Lithuanian goods to Russia, the country’s GDP would increase by 2 percent, as opposed to the previously predicted 2.7 percent.

In 2016, economic development is projected to grow to 3.4 percent, in contrast to the previous forecast of 3.5 percent.

“The Lithuanian economy has been driven forward by higher domestic consumption, but worse performance due to lower exports to Russia has lowered our previous forecasts,” said Raimondas Kuodis, the deputy chairman of the board of the Bank of Lithuania.

“This aggravates the situation in some sectors, for example, the transport one.

“However, even though this year's growth projection has reduced, Lithuania will be among the leaders in Europe in terms of its rate of development,” he continued.

In the opening months of 2015, Lithuanian exports to Russia shrank by approximate one-fourth, as a result of the unstable economic situation in Russia, and the depreciation of the rouble, which sees Russian consumers buying less imported goods.

The Bank of Lithuania also predicted 2015 will see annual deflation drop for the first time in a decade.

The general consumer price level is projected to be 0.3 lower than 2014, due to lower prices of fuel, heating, gas and electricity.

Furthermore, the forecast for an increase in average wages and salaries is an increase of 4.9 percent in both 2015 and 2016.

“Since 2013, the growth in average wages and salaries has been outpacing the growth of prices,” said Gediminas Simkus, the director of the Bank of Lithuania’s Economics and Financial Stability Service.

“As this trend will continue in 2015 and 2016, the purchasing power of households will increase further.”

It is expected that 2015 will see private consumption increase by 3.4 percent, with a jump to 4 percent the following year.