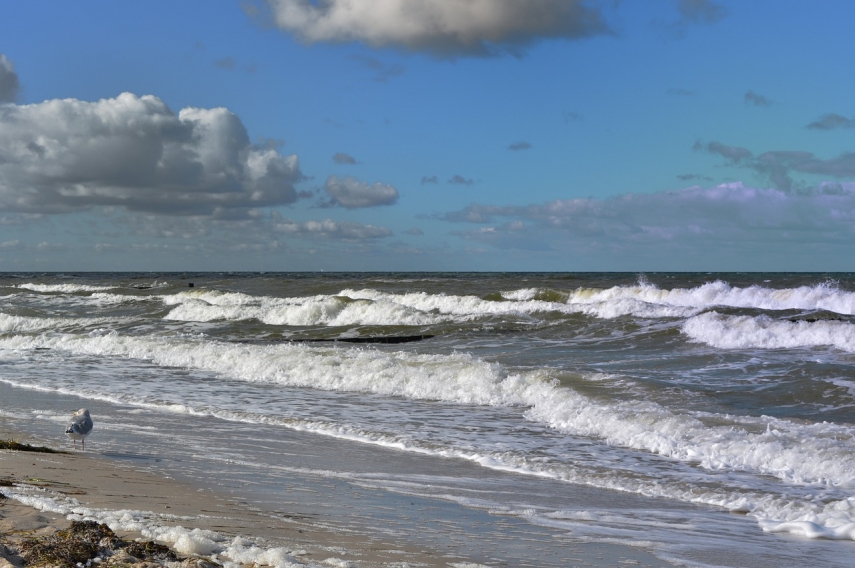 VILNIUS – A ban for Russian and Russia-linked ships to enter seaports is being coordinated with other Baltic Sea countries and the European Union (EU), Lithuanian Transport Minister Marius Skuodis has said.

“I’ve talked about that with my Polish colleague, the issue is being coordinated with Latvia and decisions are being worked out at the level of the EU,” he told reporters on Wednesday.

Foreign Minister Gabrielius Landsbergis pointed out that the closure of seaports would have a stronger effect if it were a common stance of the EU.

“I call to make joint decisions … I’ve just talked to the ministers of the Baltic countries – they are also preparing their decisions. We’ve also addressed the European Commission. It is likely that ports can be closed on the European level,” he said before the government’s meeting.

According to Skuodis, the government’s decision to ban Russian ships from entering the Lithuanian port of Klaipeda might be adopted in the near future but it would not come into effect immediately as vessels needed “time to get ready”.

“It is similar to aviation, they are given some time. However, no arrivals are scheduled in the near time hence there should not be any of those ships arriving. A ban means that such vessels will simply not be allowed to enter the port,” the minister said.

He could not yet tell what measures might be taken with respect to the crude terminal in Butinge, which Orlen Lietuva, the Lithuanian unit of Poland’s Orlen, had been using for the imports of mostly Russian crude oil for its oil refinery in Mazeikiai.

“Certain details are still being discussed, certain first steps will be taken and will be expanded later,” the minister said when asked about the Butinge terminal.

Orlen Lietuva reported earlier this week that its shareholder, Poland’s Orlen, was prepared for every scenario and, if there were any limitations in supplies from the East, it could obtain crude oil from alternative sources.

“For four years, Orlen has been consistently diversifying its crude oil supplies, thus strengthening energy security not only in Poland, but also in the entire region,” the company said in a press release.

Skuodis meanwhile said that, according to available information, approximately 20 ships sailing with the Russian flag called at the port of Klaipeda in January and February.

According to the port’s data, one ship with the Russian flag – Murman 2 that came for repairs – was in the port of Klaipeda on Wednesday morning.