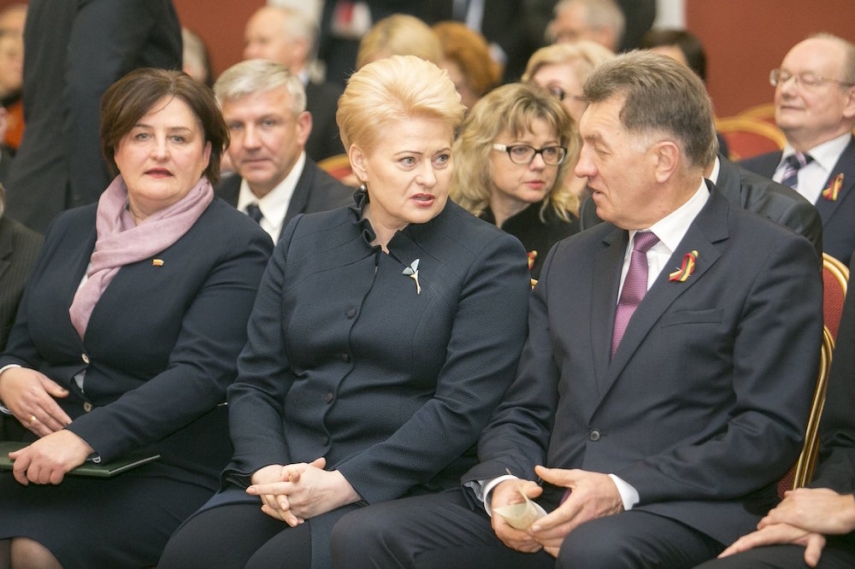 In her congratulatory message, Grybauskaite said the brave and decisive steps taken by Lithuania and Poland to realise their aspirations for independence returned the right to both countries to create their own destiny.

"We took on a historic commitment – which even in the most difficult of times was the cornerstone of our national mindset – to build free and democratic states," President Grybauskaite wrote in her message to the people of Poland and their president, Andrzej Duda.

"Almost a hundred years after declaring independence, our countries are members of a strong, democratic family of European nations and the transatlantic community.

“Membership in the European Union and NATO is not only a guarantee of welfare for our citizens, but also of our common values of openness, freedom, independence and democracy," reads the letter published by the President's Office.

In her letter, Grauziniene applauded the close Lithuanian-Polish cooperation on regional, European Union and NATO levels.

Grauziniene wrote: "we are interested in continuing to strengthen our partnership, mutual support and jointly create a unified, safe and prospering region.

"I believe that the cooperation between our parliaments will remain close, and will further consolidate the ties between Lithuania and Poland, serving as a significant aspect of developing the dialogue between our countries.”

Lithuanian P.M., Algirdas Butkevicius, said in his congratulatory message to his Polish counterpart, Ewa Kopacz, that active and close cooperation between Lithuania and Poland is crucial for achieving common goals.

"I truly appreciate mutual understanding and dialogue in developing partnership between our states," he wrote.