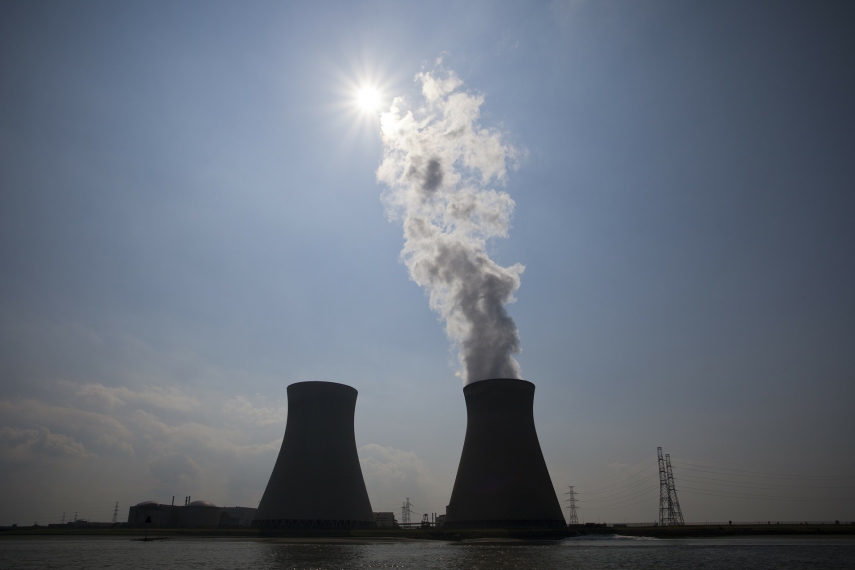 VILNIUS – Officials of Lithuanian institutions intend to hold discussions in early December on preparations for the threats of the Astravyets Nuclear Power Plant (NPP) under construction in Belarus, as the factual status of the project shows that the power plant may be completed, Verslo Zinios daily said on Wednesday.

Deividas Matulionis, international policy adviser to Lithuania's prime minister, told the daily that the discussions should involve officials of the ministries of Energy, Finance, Interior Affairs, Foreign Affairs, National Defense and Environment in addition to representatives of institutions in charge of radiation safety.

The interior minister's adviser Karolis Vaitkevi cius noted that Lithuania should be ready for various scenarios, regardless of assurances from Belarus about safety of the nuclear facility some 50 km from Lithuania's capital Vilnius.

"The most relevant issues include readiness to apply protective actions envisaged by radiation safety and health care specialists to protect the nation and minimize the possible effects of random and determined events of ionizing radiation," Interior Minister Eimutis Misiunas said via his adviser.

The body of the second reactor of the Astravyets facility was mounted on Dec. 2, according to a statement from the Belarusian Energy Ministry.

Russia's state nuclear energy corporation Rosatom, which is constructing the first nuclear power plant in Belarus said in July that both Astravyets reactors should be operational in the summer of 2020.

Lithuania has been accusing Minsk of unsafe construction of the Astravyets power plant, which is in violation of international commitments.