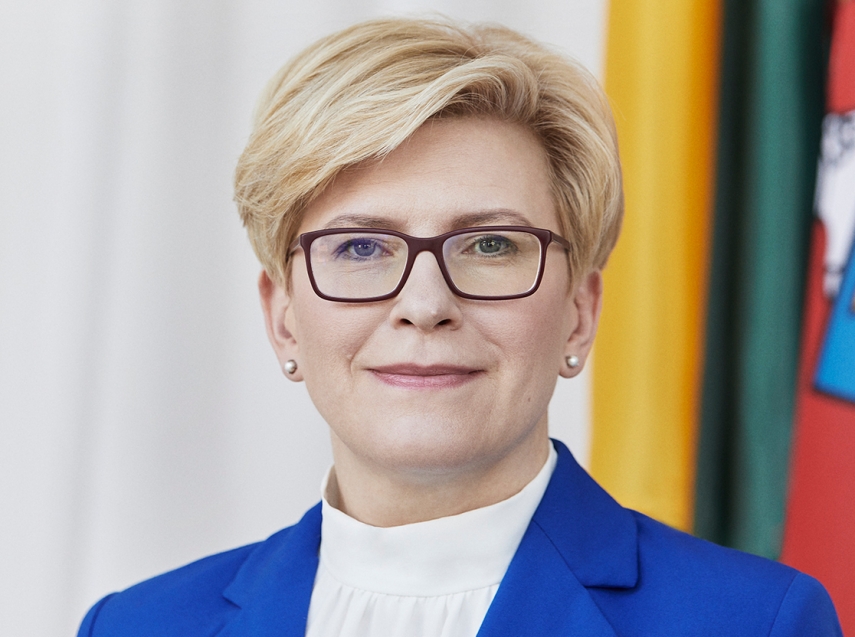 "Vaccine borrowing shows that any member state may need such help at any time. We suggest creating a clear borrowing mechanism to avoid vaccine stockpiling and help states that need assistance and are able to vaccinate faster," Simonyte said in a press release.

The prime minister noted that member states are also waiting for the Commission's more detailed proposal on the so-called COVID-19 "green pass", adding that Lithuania wants such an immunity or vaccination certificate to include information about testing and recovery from the coronavirus, too.

The participants of the meeting welcomed Thursday's deal, achieved through joint efforts by the Baltic countries and the Commission, on funding for the Rail Baltica European-gauge railway project from the Connecting Europe Facility (CEF) according to the press release.

Simonyte told her Baltic counterparts and von der Leyen that Lithuania is not satisfied with Belarus' progress in implementing the stress test recommendations for its Astravyets nuclear power plant and reminded them of the European Council's conclusions on preventing electricity from unsafe nuclear facilities from entering the EU market.

The Baltic prime ministers also discussed the situation in Belarus, saying that it is necessary to support for the people of Belarus "not only in words but also in deeds" and to keep the issue high on the EU agenda.

"The EU unity must be preserved in giving a united response to Russia’s aggressive policy. Russia's pro-democracy forces, its civil society and human rights defenders must be supported," according to the press release.

They noted that the situation created in the region by the Astravyets plant "is detrimental to the sustainability of the synchronization project and the development of local energy production capacity".

"The head of government emphasized that Lithuania appreciates the political commitment of the Baltic states to stop importing electricity from Belarus, but the current analysis of data clearly shows that the applied bilateral methodology is not working," Simonyte's office said.

Vilnius says the methodology that was drafted by the three Baltic countries last year and unilaterally approved by Latvia and Estonia fails to bar market access for electricity from Belarus' nuclear power plant.

Lithuania's proposed new trilateral "methodology for electricity trade with third countries would create maximum barriers to Astravyets electricity's entry to the Baltic market," according to the press release.