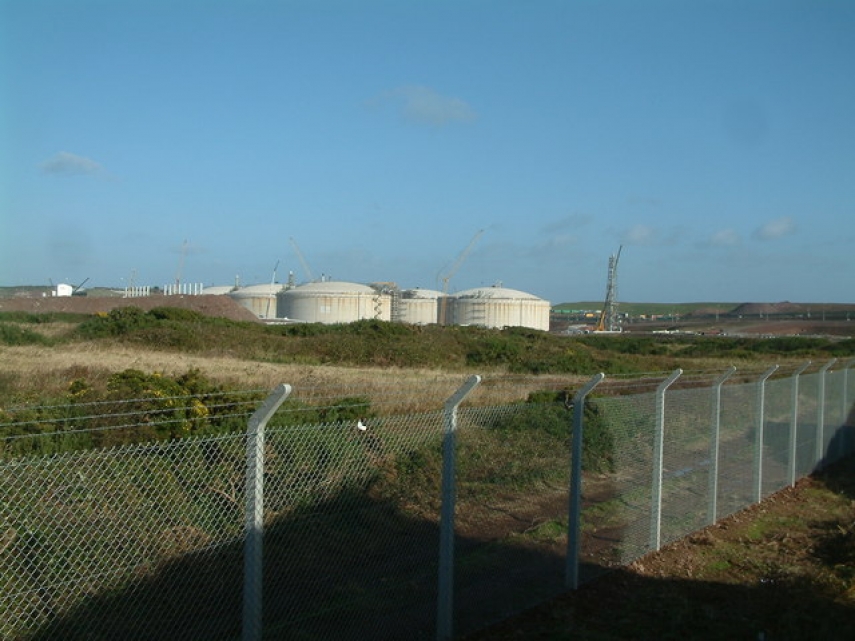 VILNIUS - Lithuania in the late 2000s promised Latvia to support its efforts to build a liquefied natural gas terminal near Riga, but broke that promise, a former diplomat says.

"I had no serious arguments in defense of Lithuania's policy. I do not know why it was decided not to fulfill the promises made to the Latvians," Antanas Valionis, who at that time served as Lithuania's ambassador to Riga, wrote in his new book entitled "In the Political Pendulum".

However, Andrius Kubilius, who served as Lithuania's prime minister between 2008 and 2012, says that no such promise was made to Latvia and that the neighboring country's government had no intention of building a such terminal.

According to the conservative politician, it was a privately-owned company linked to Gazprom that sought to develop a LNG terminal project in Latvia, a plan that was at that time unacceptable to the government of Prime Minister Valdis Dombrovskis.

Valionis says in his book that it was agreed during Dombrovskis' visit to Lithuania in 2009 "that a power interconnection with Sweden will be built from Klaipeda and we in return will help the Latvians to obtain about 45 million euros from the EU for reinforcing their western electricity grid and that we will jointly build a regional liquefied natural gas terminal near Riga using Brussels' money".

"However, we built a huge (LNG) terminal in Klaipeda, whose capacity is well above Lithuania's needs, and the Baltic region no longer needs a second one. We damaged our relations with the neighbors for a long time," he wrote.

The former Lithuanian prime minister gives a different account of the situation.

"I'm not aware of any promises. I found none when I came to the government in 2008. On the contrary, the Latvians an Estonians said that their states, their governments did not want to build a terminal," he told BNS.

According to Kubilius, there were private initiatives for building a LNG terminal in Latvia and "(Juris) Savickis, a well-known Latvian businessman who was at the helm of Itera, which was a subsidiary company of Russia's Gazprom, tried to put these (initiatives) into practice".

"In other words, it was Gazprom that planned to build a terminal in Latvia, I don't know if Valionis knew about this. It seemed absolutely inappropriate for us, and the government of Dombrovskis itself did not like the Latvian plan at that time", the former prime minister said.

"Therefore, having realized that Latvians were not planning to build a terminal, and neither were Estonians, we decided that such a terminal was absolutely necessary for us and we took up the initiative. Perhaps Valionis is not entirely accurate in his memories," he said.

The former ambassador describes Lithuania's energy policy that allegedly ignored Latvia's interests as a mistake made by Kubilius and President Dalia Grybauskaite.

"The LNG terminal, whose capacity is at least double what Lithuania needs, may become regional and pay for itself in the future, but we have to wait until the Latvians forget what we promised them and how we deceived them," he wrote.

Kubilius insists that no promises were given to Latvia regarding a regional LNG terminal, adding that the neighboring country's government showed no interest in building one at that time.

Valionis served as Lithuania's foreign minister between 2000 and 2006 and as the country's ambassador to Latvia between 2008 and 2011.

Following years of disagreement, Vilnius and Riga agreed in 2009 that the cable from Sweden would be built to Lithuania, rather than to Latvia. The three Baltic prime ministers in April 2009 signed a respective agreement. The Lithuanian government's press release issued on that occasion made no mention of a gas terminal.

Subsequently, Latvia repeatedly called on its Baltic neighbors to agree on a joint LNG terminal in Riga that could qualify for EU funding, but no deal was reached.

After Lithuania began to build a LNG terminal in Klaipeda on its own, the Latvian government accused Vilnius of derailing the regional project. Latvia later blocked Lithuania's efforts for the Klaipeda terminal, which was already operating, to be recognized as a regional project and provided EU funding.

The Lithuanian government says that the Klaipeda terminal had to be built urgently to strip Russia's Gazprom of its monopoly and that talks with Latvia would have significantly delayed the project. According to Lithuanian officials, the Klaipeda LNG terminal was the key argument that helped to obtain a gas price cut from the Russian supplier.