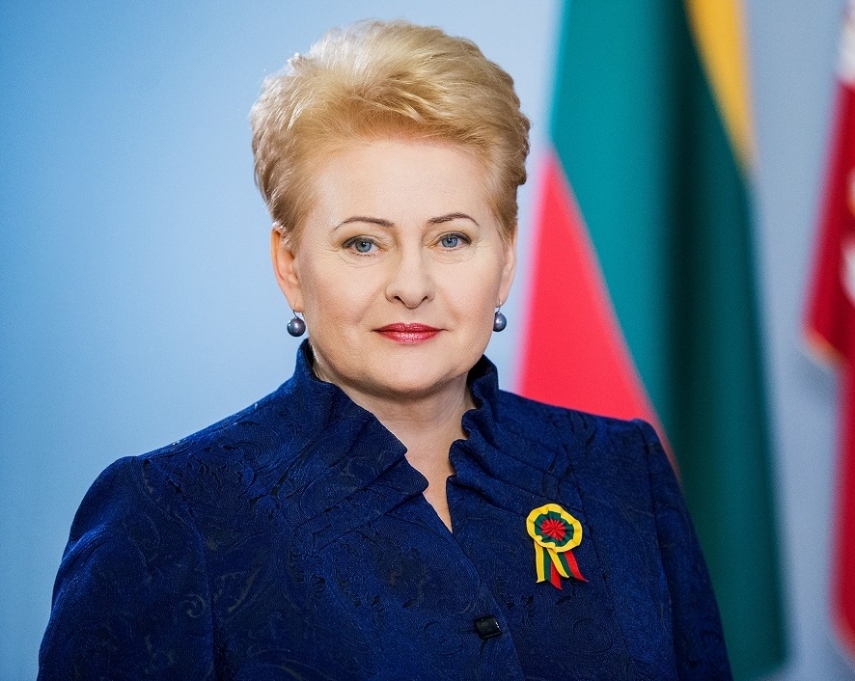 1. WARNING OVER DIALOGUE WITH ENEMIES.

Grybauskaite highlighted Lithuania's value-based foreign policy and warned against cooperation with hostile countries. "Immature political decisions and statements about cooperating with hostile countries can create creeping threats that will turn us into hostages when we have to choose between bad and dangerous," the president said.

She did not mention specific countries or specific statements but that can be viewed as a warning to Prime Minister Saulius Skvernelis and President-elect Gitanas Nauseda over risks associated with a deeper political dialogue with Russia and Belarus.

Grybauskaite also warned that a free society is incompatible with "an overseer’s whip and instructions what to eat, when to drink, where to get medical treatment, and whom to be friends with."

She also pointed to the ruling parties wish "to control the media, law enforcement and independent institutions," politicize the public broadcaster LRT, stating that there's a lot of "bickering and political rudeness" in the parliament. Grybauskaite did not mention any names but her criticism is, with no doubt, aimed at the initiatives of the ruling Lithuanian Farmers and Greens Union.

3. A MESSAGE TO GITANAS NAUSEDA.

Grybauskaite also sent an indirect warning to her successor Gitanas Nauseda, saying that some politicians will expect him to be silent and non-objecting.

"Even though some politicians still dream about a silent and non-objecting president who does no obstruct their "work", people want to have a leader who protects their interests, constitutional rights and human values," she said, delivering her State of the Nation Address to the Lithuanian Seimas on Tuesday.

She also welcomed the presidential and European Parliament elections, saying that they showed people have learnt "to think for ourselves and the choices we make are no longer shaped by oligarchic pressure or cheap populist promises."

The outgoing president concluded that Lithuania has managed to create "a truly Western legal system". In her words, a new generation of judges and prosecutors "are doing away with clan restraints, political dependency and old corrupt habits."

She did not directly mention a high-profile judicial corruption case that rocked the country earlier this year but added that law enforcement has overcome the "fear to displease, to ignore phone-call instructions and to stop covering up for their own."

She also praised the Constitutional Court, calling it "the last resort to stop political self-will."

The annual address lacked specific proposal on ways to deal with social exclusion problems, improve the situation in the areas of education and health. The president also did not mention migration challenges. She only called on completing the education reform as quickly as possible, and also criticized the ruling parties over "endless experiments with vouchers, pension schemes, education models, hospital "modifications", and "mirror-style" ministries.

The president also presented the results of her social security campaign "For a Safe Lithuania".