Linnahall: the thorn in Tallinn’s side 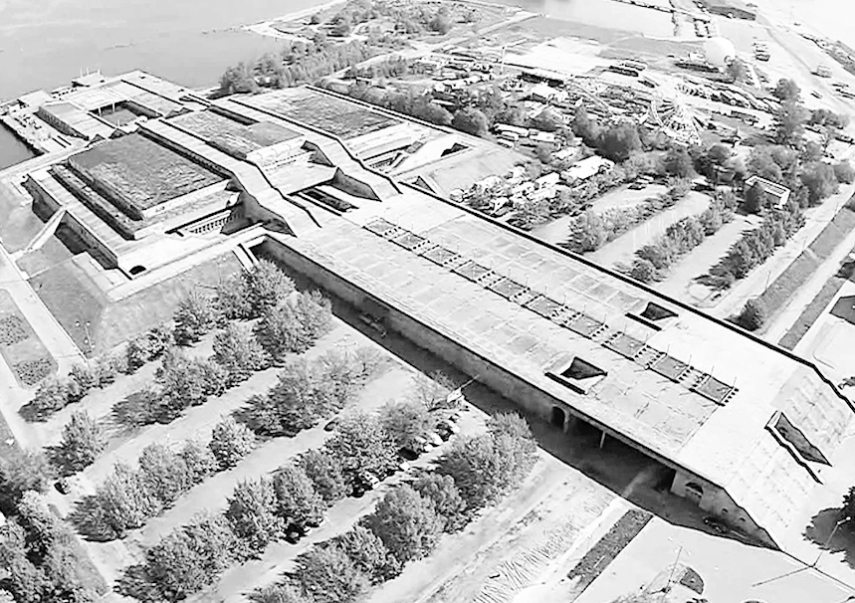 The Estonian Ministry of Culture has embarked on exploring the creation of a new permanent home in the Linnahall complex for two of Estonia’s leading professional arts organization’s - the Estonian National Opera, and the Estonian National Symphony Orchestra. An international conference centre would also be incorporated into the venue. Linnahall’s elegant and striking design, which emerges out from Tallinn’s seafront harbor forming a link to the city’s medieval old town, encapsulates the height of modernist architecture. It has however, since Estonia regained its independence, become an imposing concrete ghost town, and remains a thorn in Tallinn’s side. Numerous efforts in the past have been undertaken and explored to revitalise this unique location.

The building and the area (formerly known as the V. I. Lenin Palace of Culture and Sport and constructed to hold the 1980 summer Moscow Olympic games water-sports events which were held in Tallinn) with its massive 5,000 seat amphitheatre has divided Estonians.

Both the Estonian National Opera, and the Estonian National Symphony Orchestra both urgently require and have made calls for a contemporary state-of-the-art facility and a new working environment for rehearsals and performances needs. This matter has been an issue which has been addressed by both performing arts organizations for many years, with several options being considered prior to the Linnahall proposal.

‘‘Linnahall should remain multifunction, and in the future host both a cultural and conference centre. Careful analysis will however need to show whether the Linnahall complex will be flexible enough for the combined trio use of opera, symphonic and conferences to function effectively in it. However, what we know today, this would be an ideal solution which requires very good cooperation between all three. The Ministry of Culture is willing to assist in finding the best possible solutions,’’ said Saar.

As to the expected costs, no announcement regarding this was made, as no analyze has yet been undertaken. Tallinn’s Linnahall falls under the heritage conservation act. This will according to the Ministry of Culture definitely bring additional requirements as to the entire reconstruction process.

Aivar Mae, Head of the Estonian National Opera informed The Baltic Times, that the proposal of the City Government of Tallinn for Linnahall being used solely as a conference centre with a concert hall included is not sustainable in the long-term.

‘‘Linnahall would not generate sufficient revenue solely as a conference centre, hence it could function in creating surplus value and remain at the Ice Hall of Linnahall.’’

Opera and classical music would embrace a significantly larger audience and inspire others to build restaurants, museums, entertainment centers, hotels in the area nearby, Mae believes.

‘‘The building should remain as a 1980s landmark, but it is also important that it benefit from high-end technological solutions. The existing hall should be divided into three 1,200-seat halls which could be turned into one 4,000-seat hall if required.’’

Estonian National Opera is ready to lead the project, as Mae believes his organization has the necessary experience and know-how for such a project to succeed.

‘‘If the current working group, that being the city, country and national opera would agree, then we could sign the contract to finish the building by the year of 2025,’’ Mae believes.

‘‘Construction of an iconic building like a Sydney Opera House is not in our competence and power, but what we have in Estonia and in Linnahall is a unique once in a century project that requires very precise consideration.’’

As to other locations which the Estonian National Opera has considered. The company scouted Tallinn with representatives of The Estonian Association of Architects and marked 16 lots as possible sites for a new opera house. Fourteen were not suitable, as a new opera house would not fit on to these plots. Two plots according to Mae ‘‘passed through the sieve:  one area near the Tallinn harbor, from which we received a negative response, and the other was the Linnahall complex. At the moment we don’t have a better place and option than Linnahall.’’

The Estonian National Opera currently has problems with the size of the stage, as the Estonian theater was primarily built as a drama theater.

‘‘We do not have a big stage nor the acoustics necessary for an opera hall. This year we were honored that Latvian and Lithuanian National Opera Theatre’s visited us with their guest performances,’’ Mae said.

‘‘Although, the performances were marvelous, the stages of the Latvian and Lithuanian theatres are considerably larger than ours in Tallinn. Both the Latvian and the Lithuanian opera companies had to trim their stage-designs to accommodate our stage. My dream is that one day, when the Estonian National Opera operates in the Linnahall complex, we will have the opportunity to invite and welcome to Tallinn some of the of the world’s major theaters, such as Milan’s La Scala, Moscow’s Bolshoi Theatre, the St. Petersburg’s Mariinsky Theater.’’

As to why moving into the Linnahall complex is important and needed for the Estonian National Opera, according to Mae is a matter of space.

‘‘On the other hand, we also have an unused cultural landmark located near sea and at the heart of the city,’’ Mae said.

‘‘It is also unfortunate seeing how the complex is falling apart and losing its value year after year. In this light, I am delighted that all parties involved are thinking in the right direction. Linnahall was primarily built as a cultural centre and this function could be carried on in the future.’’

‘‘The construction of a landmark or a cultural symbolic building is an enormous vision and a strategic problem that also affects the future and viability of music and theatre education. It is a whole complex of different fields that would contribute to the continuity and development of Estonian culture. I think that if we do not use this opportunity today the next chance could come along only after a 100 years,’’ said Mae.

The individuals who attended the meeting of the Cultural Affairs Committee, included Hillar Sein, undersecretary for Arts of the Estonian Ministry of Culture; Siim Raie, head of Heritage Administration; Aivar Mae, Head of the Estonian National Opera; Mihhail Korvalt, chairman of Tallinn City Council; and Kaija Jappinen, member of the Linnahall board.

Linnahall, was designed by Raine Karp, who is considered one of the most influential and original Estonian architects of the last half-century, a master of modern architecture in Estonia whose original and wide-ranging oeuvre holds permanent value both in local art of building as well as the architecture of the whole region, fully supports Linnahall’s renovation.