Lauri Lagle: Everybody has one goal – to find happiness 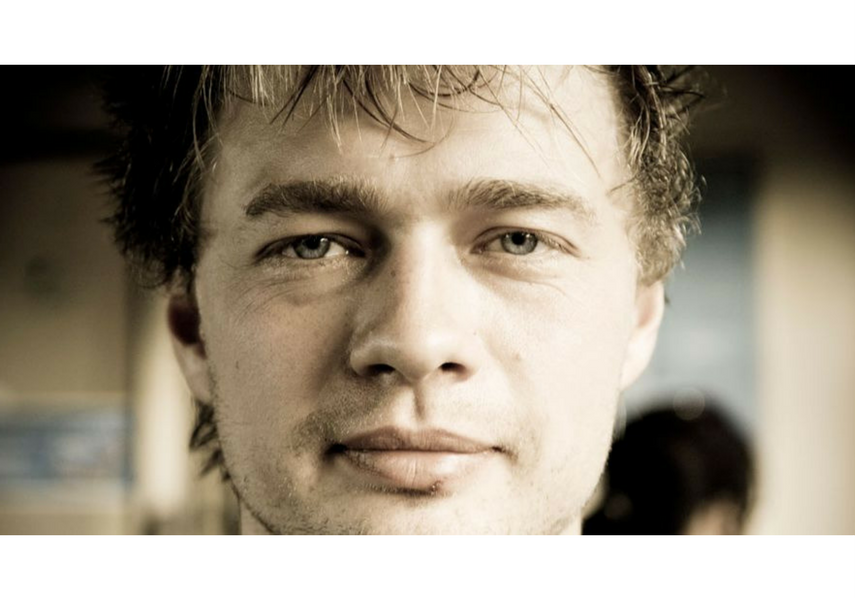 Lauri Lagle, the renowned Estonian playwright, stage and film actor, screenwriter and stage producer, and director‘s first debut feature film Portugal, based on a screenplay written by Lagle himself, and starring leading Estonian actors Margus Prangel and Taavi Eelmaa, recently took the top prize of 65,000 Euros at First Look – the Locarno Film Festival initiative aiming to showcase films in post production, which this year focused on Baltic Cinema. Portugal was made possible through a 2016 Estonian Film Institute and the Cultural Endowment of Estonia grant of 120,000 Euros.

Lagle has starred in the  Veiko Ounpuu directed drama Free Range/Ballad on Approving of the World, which was selected as the Estonian entry for the Best Foreign Language Film at the 86th Academy Awards, but was not nominated. Lagle's performance, however, garnered him a Best Actor award at the 22nd Vilnius International Film Festival in 2014.

The Baltic Times thanks Lauri Lagle, who was able during his busy film commitments around Portugal, to take time for this exclusive interview.

You had remained at the Estonian Drama Theatre until 2013. How important was this period for you in your artistic development. And what highlights can you share from your period in the theatre?

I undertook my first three productions at the Estonian Drama Theatre, while at the same time working there also as a professional actor. And it was very important in the sense that every moment has been like a passage to a next level of development,  and I have come from yesterday to where I am currently today. I have also directed in Theatre NO99, the Estonian based theatre company, where over the years many of its productions have achieved considerable success at the most prestigious European festivals, and at the Von Krahl Theatre in Tallinn, which was the first privately-owned theatre in newly independent Estonia, which was established in 1992. My latest work The Big Feast premiered in May at NO99. It is a satiric comedy about a tragic destructive dinner when four individuals gather together to execute the final and fatal deed. The play is inspired by Marco Ferreri’s 1973 film La Grande Bouffe, which centers around a group of friends who plan to eat themselves to death. My production also revolves around food that fills up stomachs and minds alike. Centering on people having lost their grip on life and filling the void with pleasure.

How did your work in the theatre assist you in transitioning to motion film directing? Was the process fundamentally different for you -  directing theatre and directing film?

In a sense, my own human experience and worldview don’t really differ, do they. I am still who I am - myself. But the process of getting closer to entirety in the mind’s eye and the whole technical approach is quite different actually. It’s possible to transfer some experiential aspects, but the phases, rhythm, and the timeline of the work are very different. In addition, there is no way to connect to the audience. How and what I discuss with the actors might not be that different, but all the rest of the way of thinking and being aware of the whole – it’s a very different process in every stage of work.

It feels like my experience in the theatre has given me a clearer sense of the entirety of the work and also possibly the courage to let go and abandon material that is no longer serving a purpose.

Your film Portugal won the top First Look prize at the Locarno Festival. What did winning at Locarno mean to you? How will winning assist the film?

Hopefully the prize will allow for better technical fine-tuning of the film.

Portugal won for its “originality and look at contemporary life in Estonia”. The film centres around the malaise of the evolution of married partners, plus modern woman’s questioning her taken-for- granted family lot. Can you tell us more about the film?

In a more perpetual sense, it’s about a man and a woman, about their love and stages of that love and relationship. It’s about a paradox of how to love another one as he/she is and as who he/she will become. The characters in the film are looking for a place of love and understanding in the world. Everybody has one goal – to find happiness. It’s a process and observation of passing states of the heart. Because there is only one way home, and that is to continue traveling.

Portugal will be ready for delivery in February 2018. Where will it be screened and what plans are installed for the film to be screened internationally?

The film will premiere on the 1st of February 2018 in Estonia. International plans are in development. At the moment, I’m actually still in the editing room and in a very different place with my thoughts.

Why and how did you chose the title film Portugal?

There is one reason, and this is Saudade. This untranslatable Portuguese term refers to the melancholic longing or yearning. A recurring theme in Portuguese and Brazilian literature, saudade evokes a sense of loneliness and incompleteness. Portuguese scholar Aubrey Bell attempts to distil this complex concept in his 1912 book In Portugal, describing saudade as “a vague and constant desire for something that does not and probably cannot exist, for something other than the present.” He continues to say that saudade is “not an active discontent or poignant sadness, but an indolent dreaming wistfulness.” Saudade can more casually be used to say that you miss someone or something, even if you’ll see that person or thing in the near future. It differs from nostalgia in that one can feel saudade for something that might never have happened, whereas nostalgia is “a sentimental yearning for the happiness of a former place or time.”

What was or will be the final budget for the film?

To be fair, I cannot tell. Probably it will be around 240,000 Euros,  but the film has been made to happen largely because of the passion and enthusiasm of the team. Many people have worked for very little money or have resigned their pay altogether.

What were some of the most memorable moments in filming Portugal?

There were so many – these memories have quite a cosmic feeling.

Are you already planning a second film, and if so, what will it be about?

How important was the assistance you received from the Estonian Film Institute in developing and making Portugal?

It was very important, and I am thankful for it. Without the Estonian Film Institute‘s support, it would have been very difficult, and I would even say unhealthy to transform this script into a film. I began on my own. I thought I had enough money, but soon it became clear that what I had was non-existent money, but a great power of persuasion.

How important is it in your opinion to build a strong united Baltic Film Industry?

"Industry” just sounds so crude. Tradition in the art of filmmaking is much longer in Lithuania, so exchanging and learning would certainly help. It would be very important if it creates circumstances where directors are able to make more films and also gives a chance for new directors. I hope there is courage to finance versatile creators, so the landscape of film could be more diverse. It’s difficult for me as an artist to evaluate the aspects of the film-industry related to producing, marketing and financing – it’s just not my point of focus.

What is your favourite Estonian film?

I have vivid memories related to Leida Laius, the prominent female director, writer and actress, who was one of the leading Baltic women filmmakers. She adapted a number of Estonian literary classic works into film, and is known for films like Well, Come On, Smile (1985), The Master of the Korboja/Korboja peremees (1979), based on  the classic work by the Estonian writer Anton Tammsaare, about a doomed love affair that ends in suicide,  and Libahunt (1968). Her films can be distinguished by a fine sense of national traditions and values and loving attention to historical details; their humanism is authentic and avoids overt politicization. I would also have to mention the films of Estonian film director and screenwriter, Veiko Ounpuu, who is best known for his artistic movies which feature eccentric characters.