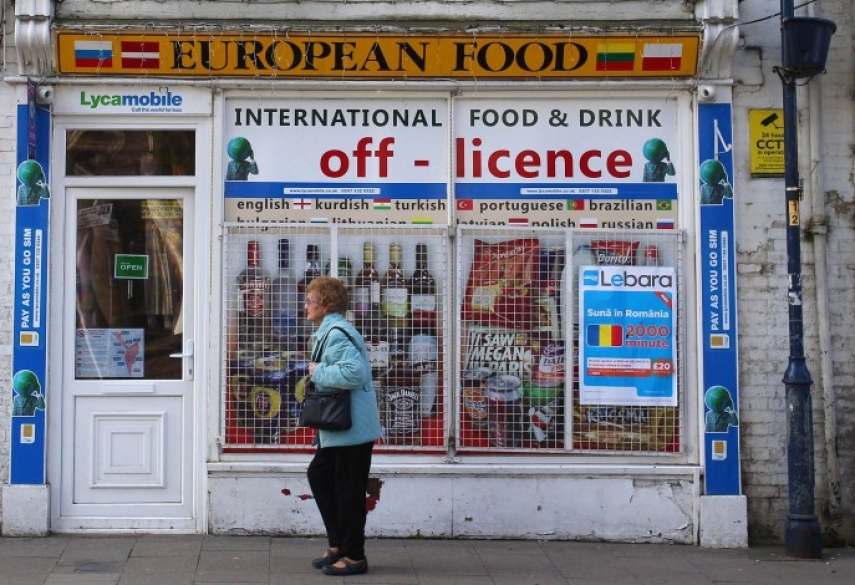 A shop selling Eastern European food in Boston, where there are many Baltic emigrants [Image: db.lv]

A survey undertaken by the Latvian Community in the English town of Boston has uncovered ‘human violations’ and discrimination faced in the town by migrant workers from Latvia, the local newspaper, The Boston Standard, reports.

The group, known as ''Stronger Together'', conducted a survey across Boston, and says 839 workers reported such incidences.

A total of 45 respondents reported not being correctly paid statutory holiday pay, while 38 said that they had not had their working days and holiday entitlement defined. There were also said to be cases where employers made demands for employees to come to work outside regular shifts without giving any notice.

The report, conducted between 2013-2015, went on to say: “If they do not arrive within an hour or two they are penalised with 7-14 days unpaid leave.”

In addition, 33 Latvians said they had reported injuries at work and had subsequently been dismissed. One example was given of a woman who had her employment terminated after requesting to be transferred to a different department as a result of suffering ill health due to ‘heavy work.

Other issues included 98 workers not being paid in full for work done, eight being subject to ‘discrimination, humiliation and ridicule’, and four car wash workers being paid below the minimum wage.

The report also says: “Often pregnant women aren’t given jobs - they may also be discriminated against and denied maternity pay; 17 workers reported experiencing this.

Following recent floods in the city, 30 Latvians reported that landlords were ‘not willing to carry out essential repairs’ - forcing them to find alternative accommodation.

Boston is a town of 64,000 in the agricultural county of Lincolnshire. It has been referred to by the British media as "the most Eastern European town in Britain"; it is estimated that at least 8,000 of the town's population are from the ten countries that joined the EU in 2004, including all of the Baltic States.