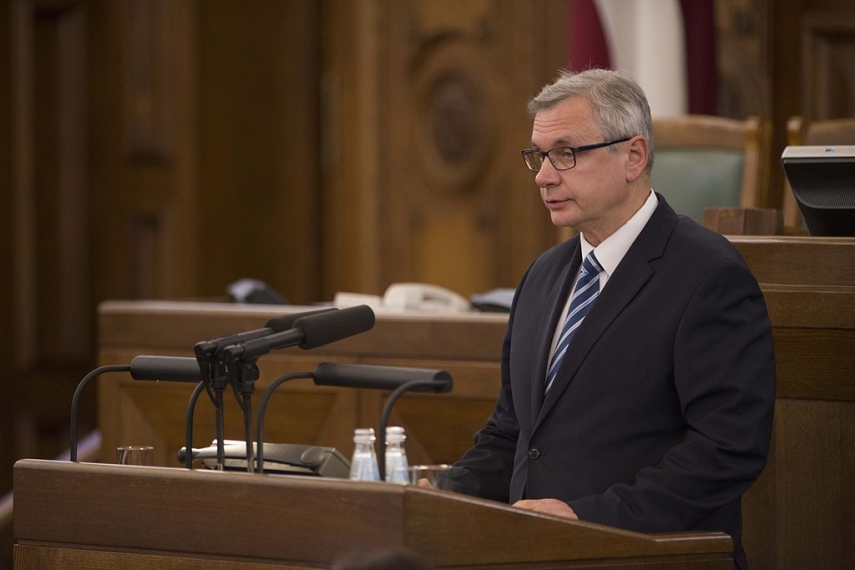 RIGA - The Latvian parliament today passed in the final reading amendments to the Education Law and the Law on General Education under which schools of ethnic minorities will have to start gradual transition to Latvian-only secondary education in the 2019/2020 academic year.

The 100-member parliament passed the bills with 58 votes for and 13 votes against.

Education and Science Minister Karlis Sadurskis (Unity) proposed the education reform in early October 2017, which caused yet another wave of protests from Latvia's Russian-speaking community.

Prime Minister Maris Kucinskis (Greens/Farmers) stressed the education reform had to be adopted quickly so that the question would not be used in the election campaigns ahead of the general elections planned in early October this year.

The government approved the proposed legislative amendments in late January 2018, and the parliament started discussing the bills at the beginning of January. The lawmakers also turned down the petition calling for preserving bilingual education in Latvia that was signed by over 10,000 Latvian citizens.

Despite numerous proposals to alter the education reform in the ethnic minority school or to scrap it altogether, the bills submitted to the parliament for the third and final reading are practically the same as approved by the government earlier.

The legislative amendments providing for a gradual transition to education in Latvian in all public schools will be implemented gradually from September 1, 2019, to September 1, 2021.

Already in preschools, starting from the age of five, new education guidelines will be introduced in 2019/2020 school year, providing for a bigger role of the Latvian language in the study process.

Starting from 2020/2021 school year all general education subjects in grades 10 and 11 will be taught only in the Latvian language, while children of ethnic minorities will continue learning their native language, literature and subjects related to culture and history in the respective minority language.

Starting from 2021/2022 school year all general education subjects in high school (grades 10-12) will be taught only in the Latvian language, while children of ethnic minorities will continue learning their native language, literature and subjects related to culture and history in the respective minority language.