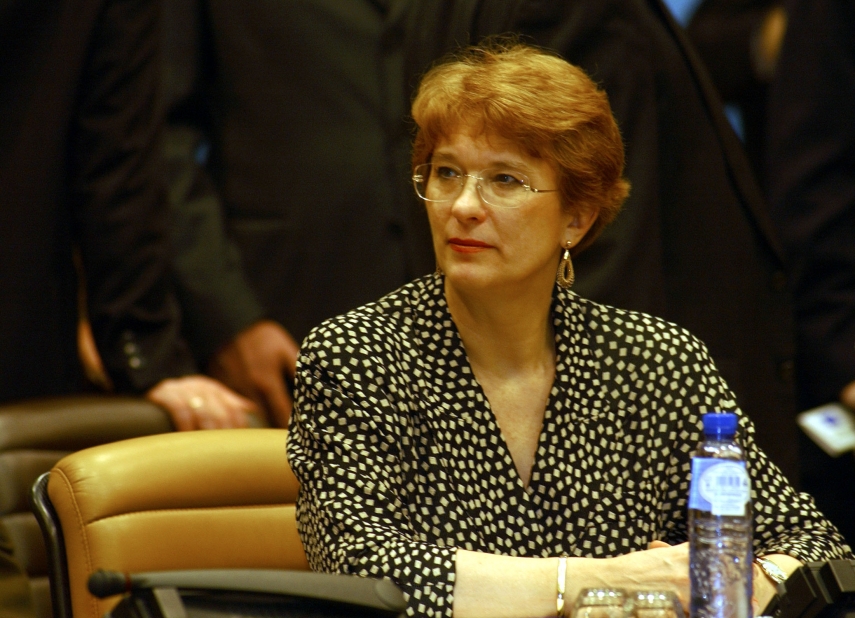 After arriving at Sheremetyevo International Airport in Moscow, Kalniete was inspected and her passport was taken for inspection. After this, she was told that she had been refused entry into Russia under Article 27.1 of the Federal Law of Russia, as Kalniete told LETA. However, Russian officials have so far failed to explain what the said article stands for.

"Nemtsov was very important to us. He represented Russia as we would like it to be. It is very regrettable that I will not have the opportunity to pay my last respects tomorrow," said Kalniete. "Apparently Russia considers me a dangerous enemy," she added.

Kalniete was eventually issued a notice which says that she has been banned from entering Russia until October 11, 2019. Her passport still has not been returned to her.

Latvia has expressed deep indignation at the decision to deny Kalniete entry, Martins Dregeris, press secretary to Foreign Minister Edgars Rinkevics, told LETA. "Russia's behavior in this case does not promote mutual respect and trust and has an impact on the atmosphere conducive to bilateral cooperation," the minister's representative said.

Other Latvian politicians who will be attending Nemtsov's funeral include the Mayor of Riga, Nils Usakovs; and the Foreign Ministry's parliamentary secretary, Zanda Kalnina-Lukasevica. Usakovs announced that he would be attending via Twitter, saying  "I have been talking to my friends - liberals from Russia for the past days. It is tough. On Tuesday, I will join them at the funeral of Boris Nemtsov in Moscow".