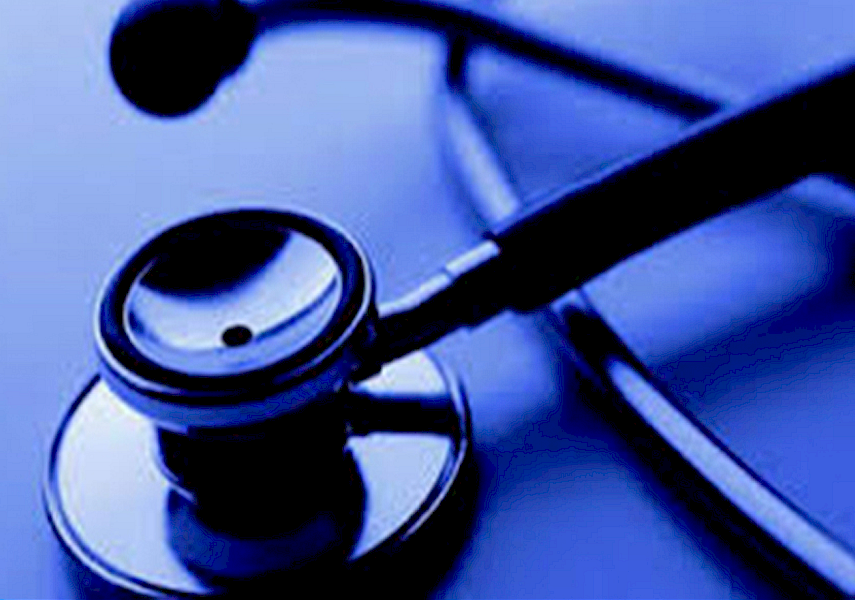 RIGA - Latvia’s healthcare workers are on strike. On Nov. 3, hundreds were at the doors of the Saeima, Latvia’s parliament.

They are protesting against the government’s controversial 2016 budget proposals, which scale back health care funds.

The health care cuts are part of the government’s struggle to meet its NATO spending commitments in response to Russia’s ramped-up military activity in the Baltic Sea region.

In line with agreements made at the NATO Summit in Wales last year, the government has promised to spend the NATO minimum of 2 per cent of its GDP by 2020 — upping it from current levels of barely over 1 per cent.

“This budget is the best one the government could have drafted in the present situation,” said Karlis Sadurskis, chairman of the Latvian parliament budget and finance committee, speaking in an interview on Latvian public television on Nov. 3.

“Next year’s budget expenditure will be by 180 million [euros] larger than this year. The main priorities are defense and interior affairs,” he said.

Part of the funding will come from the government’s crusade to raise revenues — which has already kicked up a tax revolt from the country’s highest earners — but as growth falls below expectations and inflation wanes, the government has also turned to cutting away at health care spending.

The strikers do not believe, however, that it should be a question of guns or healthcare.
In the Saeima, representatives of the country’s health care and social care worker union, the LVSADA, were jostling for Latvia’s parliamentarians to reconsider. They proposed more funding, not less: among the demands were reductions in patient cost-sharing, higher healthcare quotas, and increases to health workers’ wages — which are some of the lowest in Europe.

Currently, Latvia also has the worst access to health care in the EU, according to data from the OECD and the European Commission.

On government balance sheets, proposed health care budget allocations are pointing upwards in absolute numbers, but the devil is in the detail, with healthcare as a percentage of the country’s GDP slipping to 2.98 per cent of GDP next year — down from 3.1 per cent.

This percentage is much lower than that of most other EU member states who also joined the bloc in 2004, and whose health care allocations come to roughly 5 per cent of their GDP on average.
“When Latvia grows, health care must also grow,” said Elina, a nurse at Riga 1st Hospital, standing with the crowd in the autumnal chill.

There were nods of agreement in the crowd as protesters carried signs bearing slogans such as “This budget is sick – we can save it.”

The demonstration was peaceful, but charged with frustration.

Adding to the tension, Health Minister Guntis Belevics had told reporters before the vote that he would not break ranks with the government over the issue. He promised to vote in favour of the budget, warning that if the budget bill was not passed in its first reading, the government would collapse.

The bill did indeed pass.

Finance Minister Janis Reis hailed the Seima’s decision. “I am sincerely pleased,” he told the news agency BNS. “We immediately have to make our own contribution to strengthening common security. Latvia must not become the weak link in the region.”

Prime Minister Laimdota Straujuma treated the passage of the budget’s first reading with more ambivalence, suggesting that health care could be prioritised again in 2017, if not in 2016. “The health care sector will see a rise by some ten million euros next year, but I think that in 2017 health care should be our main priority,” she said. “Right after adoption of next year’s budget we plan to start work on development of the health insurance system.”

The president’s response was even more frosty. In an interview with LNT, one of Latvia’s commercial TV stations, he even appeared to take the side of the picketers, suggesting that the 2016 budget was bad for development.

“I should agree that the budget is not aimed at development — it retains the situation (as it is) in the country, in some cases, probably, even making the situation worse,” he said.

“Nevertheless, it is positive that the government has reacted properly to the current security risks and challenges. There are additional resources planned in the budget for strengthening internal and external security. It is very important — if there is no security in the country, development is hardly possible,” said Vejonis.

The president, though, criticized the government for not having revised the base expenditure. “The government has not done the job I as the president had asked (it) to do. This has been postponed to next year. It is very important to revise the base expenditure to reassess functions of institutions and ministries — whether they are grounded, whether something should be dropped, whether financing for these functions is not exaggerated. Such assessment has not been done,” he said.

This is not the first protest about the unsatisfactory state of Latvia’s healthcare system; not even the first this year. Back in April, when some 300 medics gathered outside Riga’s National Library, they carried the same placards and concerns as the Nov. 3 crowd at the Saeima building.
Valdis Keris, Chairman of LVSADA, attended both events and stood by his former statement that the point of such protests is to assert the human right to good health.

When the demonstration ended, there was a general air of hope among the protesters. Ruta Berzins, the sister of a patient at the Paula Stradina Clinical University Hospital in Riga, conveyed her hope that “voices here will be heard if we persist, and this can change what can happen.”