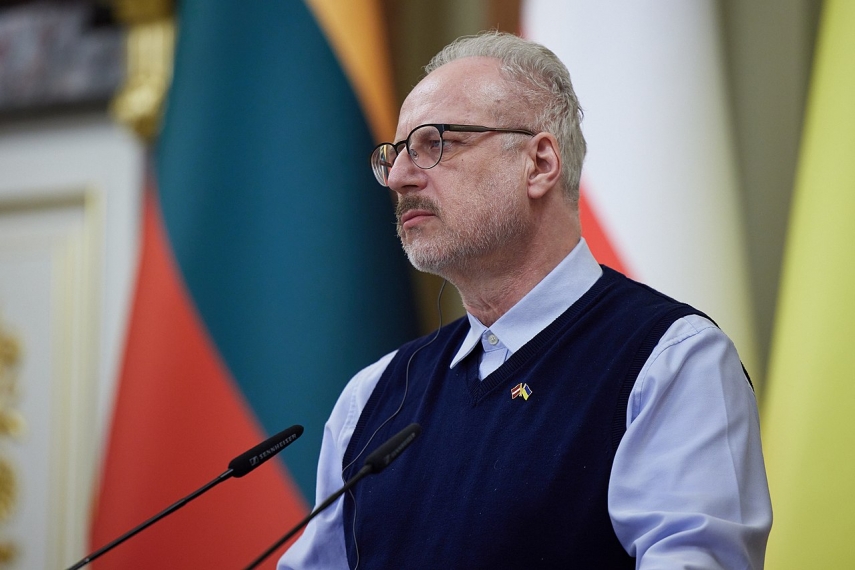 RIGA - As far as energy policy is concerned, the Latvian government needs to take bold and farsighted decisions, President Egils Levits said during a meeting with Bank of Latvia Governor Martins Kazaks on Monday.

As LETA was told at the president's office, Levits met with the head of the Latvian central bank to discuss macroeconomic indicators and forecasts, as well as matters concerning national development. In the conversation, both Levits and Kazaks noted the need for structural, lasting and farsighted economic reforms in the context of choosing the type of energy Latvia will be using in the future.

Kazaks, meanwhile, noted that in the public debate on energy attention must be turned not only to boosting installed capacities but also energy efficiency and related issues. "If we install all possible capacities, with our current inefficiency, we will be overpaying as a result," Kazaks warned.

The president agreed and stressed the necessity to remove legal and administrative obstacles hampering the insulation and certification of buildings.

Considering the rising energy prices, Levits and Kazaks voiced support for the targeted social support measures planned by the government. Both officials believe that the government should inform people about technical details of the support well ahead of the coming heating season. At the same time, it is necessary to carry on with structural reforms, including by tackling skills and digitalization issues .

As reported, the government on June 21 heard the Welfare Ministry's report on the support measures proposed to lessen the impact of rising energy prices on the least protected groups of society and agreed on a package of support measures worth around EUR 350.2 million, which will be made available to the target groups from October 1, 2022 to April 30, 2023.

According to the Welfare Ministry, the biggest portion of this support is meant for such less protected groups as people with low income, seniors, people with disabilities, recipients of survivor's pension and families with children with disabilities. The plan includes expanding access to housing benefits, provision of social benefits to particular social groups and compensating households for increased energy costs.