Latvian director Hermanis to stage production about Gorbachev in Moscow 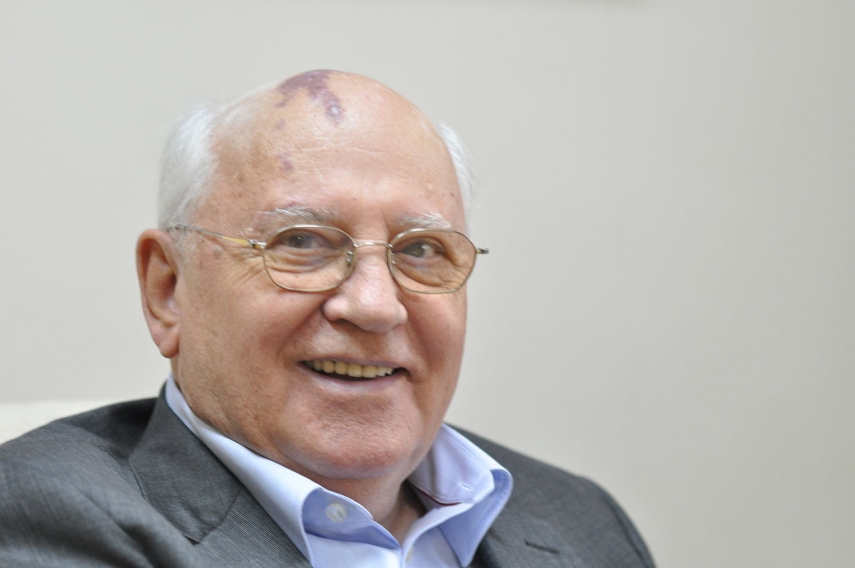 RIGA - Latvian stage director Alvis Hermanis, who was once declared persona non grata in Russia, has received a Russian visa to stage a production about the Soviet Union’s former President Mikhail Gorbachev, the director has revealed in an interview to Ir magazine.

The Latvian director says in the interview that he has been working on the stage production about Gorbachev for a year already, with the premiere planned for next year. Hermanis is due to leave for Moscow in a few days’ time at the invitation from Gorbachev himself. “He wants to meet me in person and tell me something more,” Ir quoted Hermanis as saying.

The theatrical production, which will be staged in Russian, actor Yevgeny Mironov will be playing the part of Gorbachev. The new show will be a co-production of the New Riga Theater and Moscow’s Theater of Nations whose artistic director is Mironov.

To arrange “blacklisted” Hermanis’ trip to Moscow, Mironov reportedly talked to Russian President Vladimir Putin and told him he wanted to stage the show but the director was banned from entering Russia. Putin is said to have contacted the Russian security service FSB and on the next morning called Mironov to tell him: “Your anti-Soviet element has permission to come.”

“I have just been given the visa. As you know, I was on the “black list”, but this is a special occasion,” the Latvian stage director said.