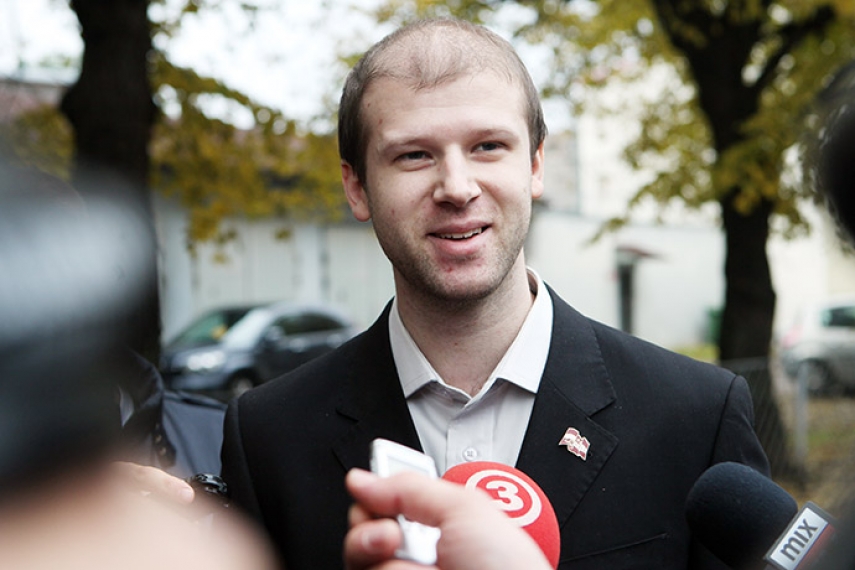 Deniss Calovskis, now likely to be extradited to the US [Image: Kas Jauns]

Deniss Calovskis, a Latvian citizen accused of cyber-crimes, has decided to voluntarily go to the United States to stand trial.

Calovskis' attorney Ilona Bulgakova confirmed to LETA that he was willing to go to the US to stand trial, but said that she would not comment on this matter in any more detail at the moment.

In an interview with the news portal mixnews.lv' Calovskis confirmed that ''the tragic show of the past two years is coming to a conclusion''.

''I am prepared to fly to the United States. I will not hide. I am ready to stand trial,'' Calovskis said, adding that he himself is prepared to cover the travel costs.

The European Court of Human Rights (ECHR) decided on Dec 15 against reviewing its initial ruling regarding extradition to the United States for Calovskis.

The ECHR ruled last July that Calovskis could not be extradited to the United States yet, and advised the Latvian government not to expel Calovskis until the judgment became final or until the Court had taken a further decision on this matter - a decision which has now been made.

This means that it is likely that the final hurdle to Calovskis' extradition to the U.S. has been lifted.

Interior Ministry State Secretary Ilze Petersone-Godmane later confirmed that after information regarding the extradition process for Calovskis is received from the United States, he will be extradited.

The government initially decided to extradite Calovskis to the US in August of 2013; however, his attorneys turned to the ECHR, requesting that the extradition be put on hold until Calovskis' case had been reviewed in court, and calling for the ECHR to halt the extradition process.

U.S. law enforcement institutions have brought charges against three alleged European hackers, including Calovskis. They are accused of hacking into computers in Europe and the US and stealing financial information,