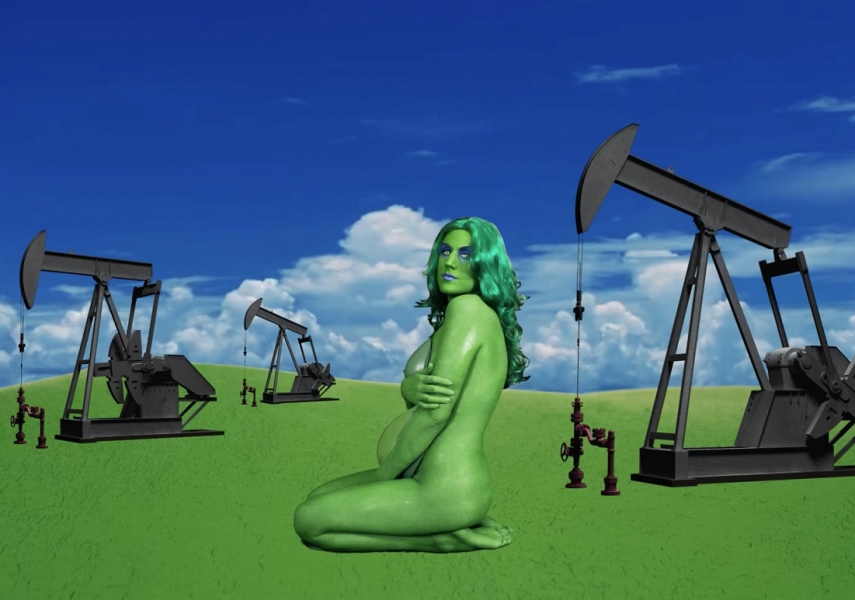 From December 13 to February 23 2020, the Latvian Centre for Contemporary Art will present the exhibition “Unexpected Encounters” at the “Arsenāls” Exhibition Hall of the Latvian National Museum of Art. “Unexpected Encounters” is a research and exhibition project that explores the relationships between science fiction, art and processes in society, combining historical research and works by contemporary artists.

“Unexpected Encounters” addresses the impact of science fiction on the Latvian cultural space in the second half of the 20th century, and includes works by contemporary artists which highlight current issues of feminism, ecology and politics by envisioning alternative futures. The project's title is derived from a collection of stories by the Soviet science fiction writers the Strugatsky brothers, collated and published in Riga in 1987.

In the Soviet era, science fiction was an ideology-backed genre that examined utopias powered by progress and scientific development, in keeping with the paradigm and ideas of communism. Here too, however, strict censorship still applied, preventing the emergence of ideas that questioned the system and its mechanisms. Some intriguing examples of this, which the exhibition will explore, are the four graphic art exhibitions – titled “Science and Science Fiction” – organized at the House of Science from 1975 to 1982, with works by Maija Dragūne, Aleksandrs Dembo, Māris Ārgalis, Malda Muižniece, Māra Rikmane, Dzidra Ezergaile, Juris Poikāns, Kirils Šmeļkovs, Inārs Helmūts, Arturs Ņikitins, Genādijs Suhanovs and other artists, offering interpretations of space exploration, science and technology revolution, ecological threats and other visions of the future.

In the present day, we are witnessing unprecedented advancements in technology and, conversely, the equally rapid socio-political movement towards right-wing conservatism and populism. As at various other contradictory points in human history, there is a growing interest in science fiction, which offers both advanced utopias and frightening dystopian scenarios. Alongside with science and technology, science fiction often mirrors colonial expansion, and engages with issues such as class, race and gender inequality and imminent ecological disasters.

“Cosmic Existence”, the first exhibition of the “Unexpected Encounters” project, opened on September 13 at the Den Frie Centre of Contemporary Art in Copenhagen and will run until October 28, 2019.

"Unexpected Encounters” is supported by the Ministry of Culture of the Republic of Latvia, the Culture Capital Foundation, Riga City Council, the Embassy of Canada in Latvia, the Embassy of Lithuania in Latvia, and “Copy Pro”. The exhibition forms part of the celebratory events marking Latvia’s centenary. Latvia’s centenary celebrations are taking place from 2017 to 2021. The central message of the centenary celebrations is “I am Latvia”, emphasizing how Latvia's main asset is its people, who make the country what it is today through their daily work and lay the foundations for the future with the new generation.