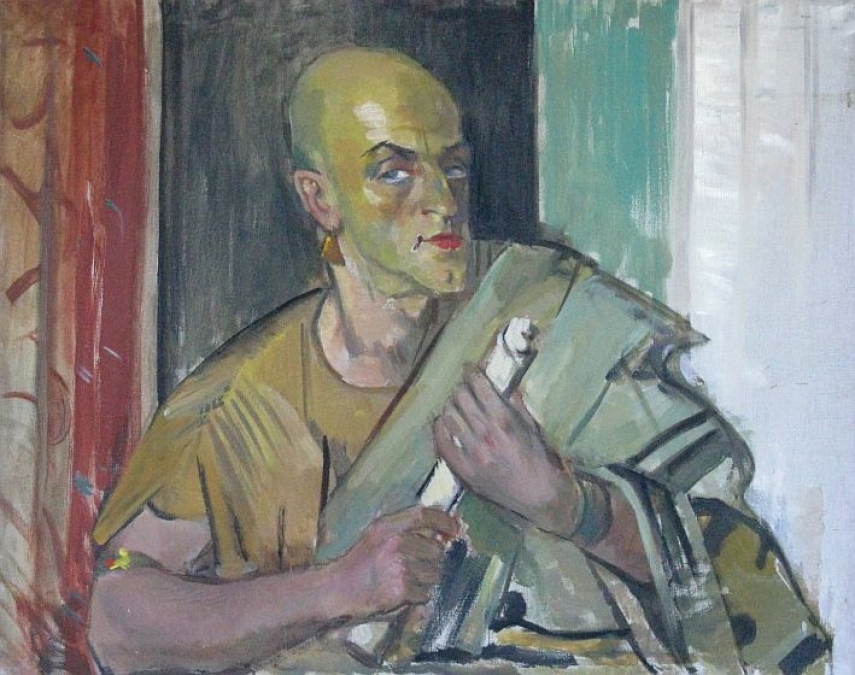 RIGA - The third and artist’s 125th anniversary year closing exhibition Latvian Ballet Legend Arvīds Ozoliņš in the Paintings and Drawings of Aleksandra Beļcova will be on view at the Romans Suta and Aleksandra Beļcova Museum in Riga (Elizabetes iela 57a, Apt. 26) from 12 December 2017 to 7 April 2018.

Arvīds Ozoliņš (1908–1996) was an outstanding Latvian ballet dancer who studied under Alexandra Fyodorova (Александра Фёдорова, 1884–1972) and Lev Fokin (Лев Фокин, 1906–1974). During the 1930s, he was part of the Ballet Russe de Monte Carlo company, which was the brainchild of Colonel Wassily de Basil (1888–1951), a continuer of the impresario Sergey Diaghilev’s (Сергей Дягилев, 1872–1929) Russian Season programme. The Ballet Russe was directed by the choreographer Leonid Myasin (Леонид Мясин, 1896–1979), and it appeared in London, Monte Carlo, other Western European cities, the United States and South Africa. After an appearance by the troupe at Covent Garden in London, British journalists wrote that Ozoliņš’ performance in the Mikhail Fokin’s (Михаил Фокин, 1880–1942) one-act ballet The Spirit of the Rose was reminiscent of the dancing of the legendary Vaslav Nijinsky (Вацлав Нижинский, 1889–1950).

Arvīds Ozoliņš and Aleksandra Beļcova (Александра Бельцова, 1892–1981) became friends in the 1930s, when she painted the first portraits featuring the dancer. Until his death (one of the last artworks by Beļcova was a portrait of Arvīds Ozoliņš), the artist painted and drew the dancer during rehearsals, behind the scenes, in the makeup room, in stage costumes and in cosy and unforced atmospheres. These artworks reveal the layers of the dancer’s personality and illustrate changes and development in the work of Aleksandra Beļcova.

The exhibition is dedicated to Arvīds Ozoliņš and includes programmes from performances in which he took part. These come from the archives of Colonel de Basil, which is currently administrated by fashion historian Alexandre Vassliev (Александр Васильев), who kindly lent the programmes to the museum for the exhibition. Another exhibit from the collection is the costume which the distinguished Russian ballerina Tamara Tumanova (Тамара Туманова, 1919–1996) wore in The Spirit of the Rose. Although Ozoliņš’ partner in the ballet was Natalya Krasovskaya-Leslie (Наталья Красовская-Лесли, 1918–2005), Tumanova performed the role as part of Ballet Russe de Monte Carlo troupe.

One of the most interesting exhibits is a suitcase full of costumes which Arvīds Ozoliņš wore during a world tour as part of the De Basil troupe. There are also photographs from performances, photo portraits, illustrated reports from the travels, as well as some articles published in the press at that time and kept in the dancer’s private archive.

Moreover, the exhibition at the Museum features a recorded interview which Tatjana Suta (1923–2004) conducted with Arvīds Ozoliņš in this flat. The dancer offers a colourful review of his travels, of his meetings with outstanding figures of the 20th century, and of his memories about Latvian ballet stars as well.

The artworks, photographs, documents, and costumes that can be viewed in the exhibition come from the collections of Romans Suta and Aleksandra Beļcova Museum, the Literature and Music Museum, the Museum of the History of Riga and Navigation.

A series of events will be provided during the exhibition, including Talks at the Museum with the curator of the project, Dr. art. Natalya Yevseyeva, lectures on the theme, memory evening, guided tours and different creative activities.