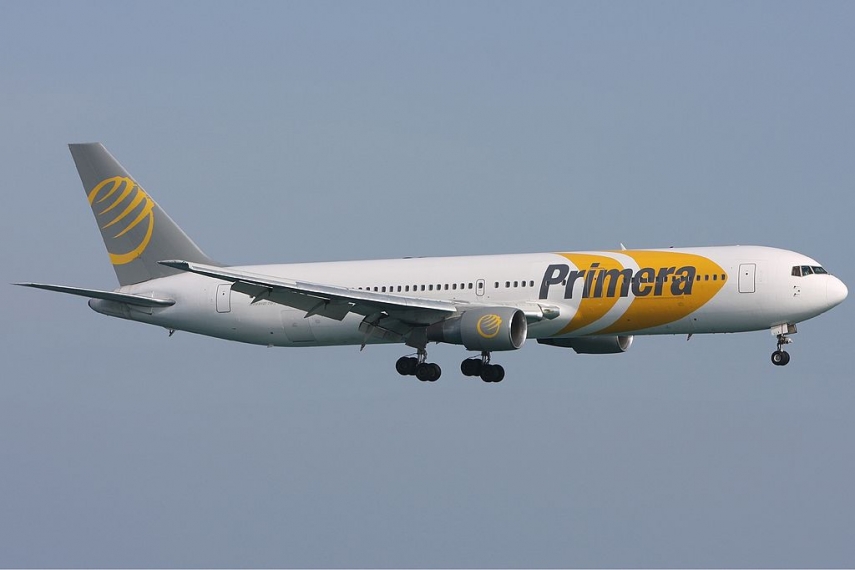 RIGA – Latvian-based Pirmera Air airline has closed its operations due to financial problems.

According to statement published on the internet website of the company, flights have been suspended as off October 1.

"This is a sad day for all the employees and passengers of Primera Air. The company has been working relentlessly during the last months to secure the long-term financing of the airline. Not being able to reach an agreement with our bank for a bridge financing, we had no other choice than filing for bankruptcy," the company said in a press release.

In the past couple of year several unexpected turns have seriously affected Primera Air’s financial situation. In 2017 the company had to suspend using one of the airplanes due to serious corrosion problems, sustaining loss of more than EUR 10 million.

This year started out with the low-price distant flight project, using brand new Airbus 321neo fleet, however, due to severe delays of aircraft deliveries this beginning ended up being rocky and incredibly problematic: operational issues, cancellations of number of flights, loss of revenues are just a few to mention. In addition, to fulfill our obligations in front of passengers, Primera Air leased in aircraft and had additional costs of over EUR 20 million, the company said.

"Weighing the potential losses due to future delivery delays, and the added exposure to our partners and lessors, and bearing in mind the difficult environment that airlines are facing now due to low prices and high fuel costs, we have decided to cease operations now, where it will have a smaller effect on our clients, due to the timing of the year, rather than increasing the exposure. Without additional financing, we do not see any possibility to continue our operations," the company said.

Primera Air was founded in 2004 in Iceland and initially operated charter flights for Scandinavian tour operators. In 2014, Primera Air moved their headquarters from Denmark to Latvia and expanded its operations with direct seat sales and a push into the low-cost air travel segment.