Latvia to step up immigration control during Pope Francis' visit 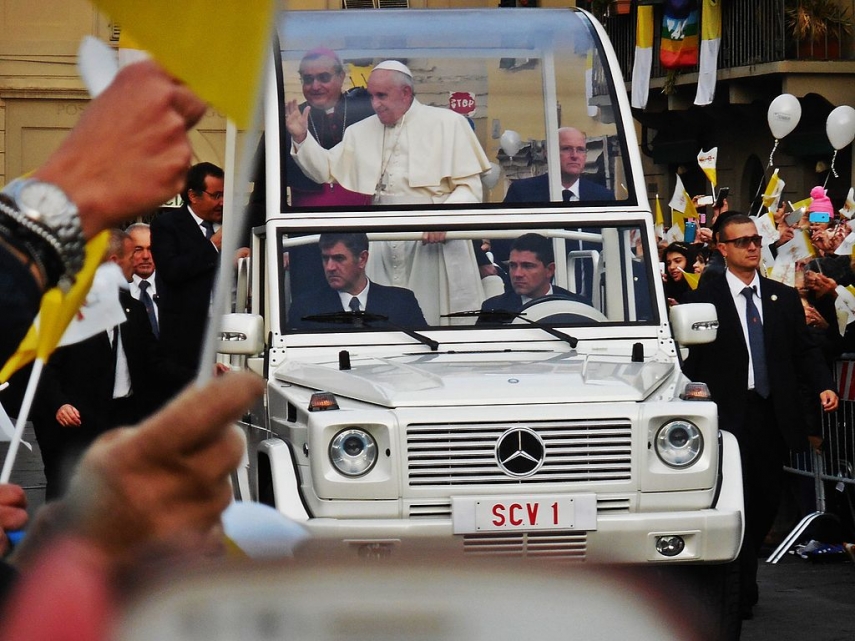 RIGA - Immigration control will be stepped up during Pope Francis’ visit to Latvia, but unlike Estonia, Latvia will not renew checks on internal borders, Jolanta Babisko, a spokeswoman for the State Border Guard, told LETA.

She said that border guards would be taking the necessary measures at all border crossings, including stepping up immigration controls near internal borders.

By the end of last week, the Latvian State Border Guard had not received Estonia’s announcement of a temporary reintroduction of border checks as required by Schengen rules.

Estonia would temporary renew border controls on Schengen countries’ borders during Pope Francis’ upcoming visit to the Baltic states this month. Border checks will be reintroduced on September 24, on the eve of the papal visit to Estonia.

As reported, the Latvia government in July allocated EUR 60,432 for measures that have to be taken to prepare for the Pope’s visit, including increased border controls.