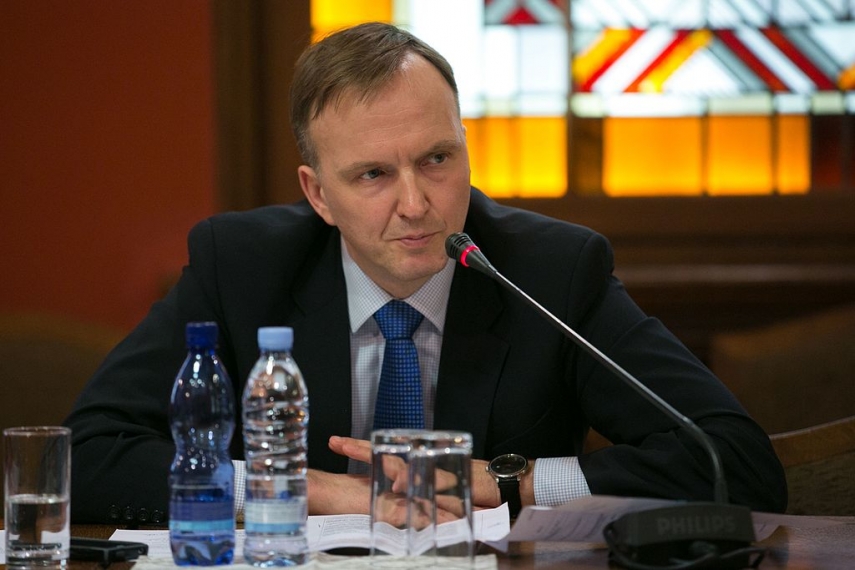 RIGA - In a debate of the United Nations member states on nuclear weapons in New York on Friday, Ambassador Andrejs Pildegovics, the Permanent Representative of Latvia to the UN, expressed Latvia’s unwavering support for the process of nuclear disarmament based on the provisions of the Treaty on the Non-Proliferation of Nuclear Weapons (NPT), with the emphasis on the role of the NPT in the international denuclearisation architecture.

In his remarks, the ambassador recalled that a unified, multilateral step-by-step approach was required to successfully counter current security challenges, taking on board both nuclear and non-nuclear weapons states which advocate an immediate prohibition of nuclear weapons, LETA was informed by the Foreign Ministry.

Pildegovics welcomed diplomatic efforts of reducing tension in the Korean Peninsula by peaceful means. At the same time, he pointed to the responsibility of the Democratic People’s Republic of Korea to engage in irreversible and verifiable denuclearisation measures as a prerequisite for lasting peace and stability in the Korean Peninsula.

The ambassador also expressed concern about violations by the Russian Federation of the core provisions of the Budapest memorandum on security assurances to Ukraine upon joining the NPT. Such actions by Russia erode the level of mutual trust and undermine nuclear non-proliferation efforts.

Pildegovics underlined that Latvia was a responsible international player strongly committed to the strengthening of the rules-based international order. Latvia has contributed to this aim by assuming the chairmanship of the Nuclear Suppliers Group in 2018-2019. During the debate, Latvia also called on the states that have not yet done so to sign and ratify the Comprehensive Nuclear-Test-Ban Treaty (CTBT). Its coming into force would be a major step towards limitation of the development of nuclear weapons and towards the world without nuclear weapons.

The Thematic Debate on Nuclear Weapons was held by the UN General Assembly First Committee on Disarmament and International Security. Latvia intends to also take part in debates on other weapons of mass destruction and condemn in its statement the use and proliferation of chemical weapons. Then, in a debate on conventional weapons, Latvia will highlight the importance of the Arms Trade Treaty (ATT) for curbing the illicit movement of conventional weapons and the role of the Convention on Certain Conventional Weapons (CCW) in upholding international humanitarian law in military conflicts.

Latvia is currently holding the chairmanship of the Convention on Certain Conventional Weapons (CCW) and the Arms Trade Treaty (ATT).