Latvia sees EU as solution rather than problem 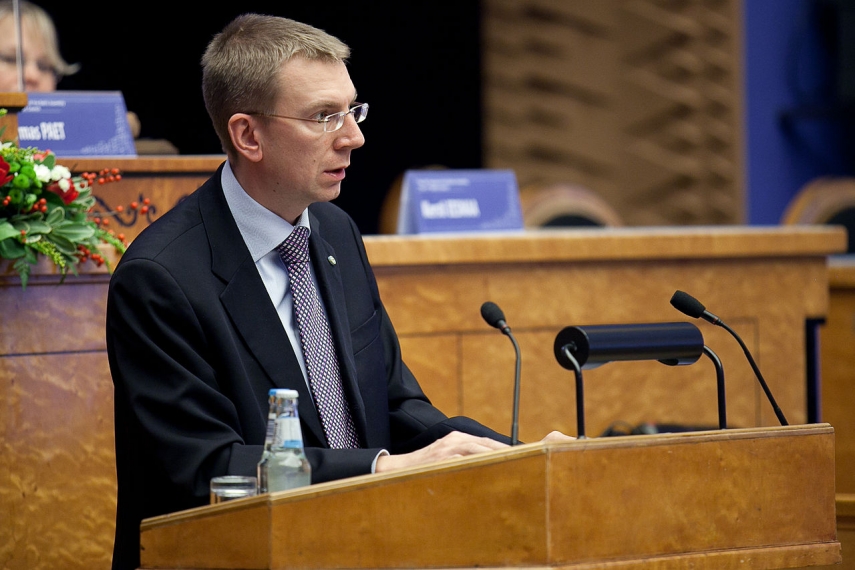 At the of the Faculty of Law, Economics and Finance of the University of Luxembourg, the Minister presented a lecture on Europe's future, its prospects and challenges and answered questions from lecturers, students and others interested in the topic. The minister drew their attention to two significant milestones – the 25th anniversary of the reestablishment of diplomatic relations and 95 years since Luxembourg recognized Latvia de iure.

"Latvia and Luxembourg enjoy excellent bilateral relations; we engage in an active political dialogue, and cooperate closely within the European Union and NATO as well as in the Baltic-Benelux format. We are like-minded on many EU-related matters – and most importantly, we see the EU as a solution rather than a problem," said the Minister.

The Foreign Minister stressed that Latvia's vision of the place of a small state in the international system is similar to that of Luxembourg – and it can be spelled out as multilateralism. Besides, small states can be visible and influential in international organizations. Just like Luxembourg, Latvia is an open country – open both in terms of economy and a liberal approach to market, and in regard to a multinational population.

Rinkevics evaluated positively the efforts towards increasing the EU's defense and security capabilities and said he was certain that, when strengthening those capabilities, attention should be paid to enhancing resilience against hybrid threat – both internal (of EU Member States) and external (of partners), building capacity in strategic communications, ensuring cyber security, increasing civilian capabilities, and to a more active coordination between the EU and NATO across a broad spectrum of security issues.

To conclude the first day of his visit, the Foreign Minister met with the members of the Latvian community in Luxembourg to discuss the diaspora's perspective of matters important for Latvia and in international relations. The Minister learned about the activities organized by the "Luxembourg-Latvia" association. "The Latvian diaspora in Luxembourg has a high professional potential also relevant for Latvia: with your knowledge and experience, you can bring great contribution to Latvia's economic and intellectual development," Rinkevics noted.

Luxembourg is home to more than 500 Latvian nationals, the vast majority of whom arrived there in 2004 after Latvia's accession to the EU, which opened up opportunities for work in various EU institutions.