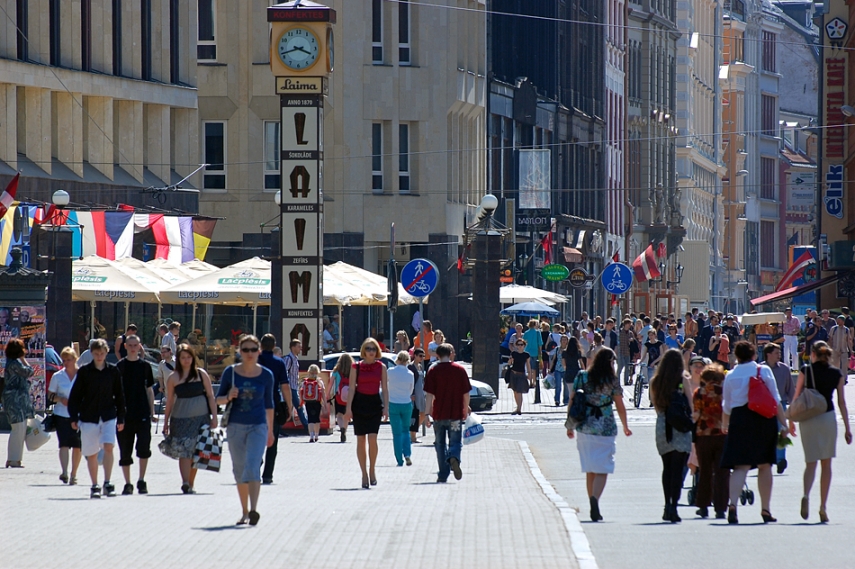 A street in the centre of Riga [Image: skyscrapercity]

All three Baltic countries' economies have grown since last year, with Latvia receiving the fastest increase, a new study has shown. In the first quarter of this year, Latvia's economy grew 2.1 percent compared to the same quarter of last year, according to figures from Eurostat - the seventh-highest growth rate in the EU. Estonia registered a 1.8 percent annual increase in GDP in the first quarter, while Lithuania's GDP increase was 1.5 percent.

The only country registering a reduction in GDP was Finland - of 0.1 percent. In Italy, there was no change during the period.

The size of the EU's economy increased by 1.4 percent in the first quarter of the year, compared to the same quarter last year, while the Eurozone's GDP rose by one percent.

When compared to the fourth quarter of 2014, both the EU and the Eurozone saw a 0.4 percent increase in GDP.

Latvia's economic growth, compared to the previous quarter, was at 0.4 percent, which is the eighth fastest growth rate in the EU.

Both Estonia and Lithuania posted a reduction in economic growth, quarter-on-quarter - by 0.3 percent and 0.6 percent, respectively.

The largest quarter-on-quarter growth in the EU was registered in Cyprus and Romania (1.6 percent), Bulgaria and Spain - by 0.9 percent, as well as France and Hungary - by 0.6 percent.