Latvia prepared to coordinate with Russia against ISIS 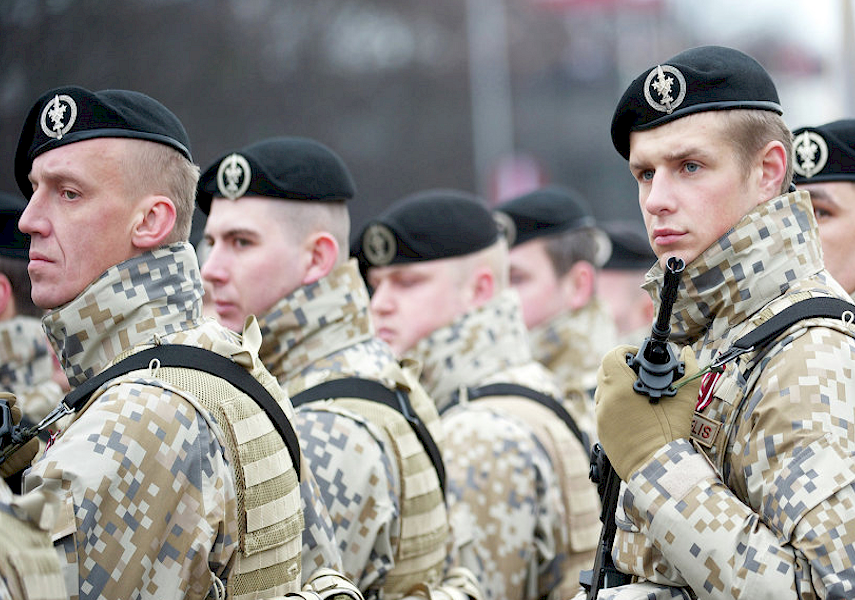 LONDON - Latvian Foreign Minister Edgars Rinkevics has said that Latvia has not ruled out cooperating with Russia in order to fight ISIS.

In a speech at the London School of Economics on Thursday, he was highly critical of Russia but said that there were circumstances in which the two countries could work together, as they are both dedicated to fighting ISIS.
“I don’t exclude that we can find a way to coordinate with Russia, at least up to the level that we don’t shoot each other’s’ planes or start a Third World War,” he said, “If you don’t coordinate with Russia then we will not be able to fight ISIS in the most efficient way.”

Statements made by Latvian, Lithuanian, and Estonian presidents on Nov. 20 had been imprecisely and over-simplistically reported by the international press, he said. It was reported that the Baltic States would not enter any coalition which involved Russia but, Rinkevics said, the reality is much more nuanced, at least in Latvia’s case.

However, he said that it is unlikely that Russia will join the existing grand coalition of 16 countries because of the country’s support for President Assad. “I do not believe that we can create another coalition only because one country wants it, and on its own terms, because we have different objectives,” he said. “The first and major objective of Russia is to keep President Assad in power. We all understand that you cannot see Syria (led by) Assad for the long term but you can probably discuss about a transition period in the interest of stability.”

He continued to say that it is necessary to engage Russia in the political process because lasting peace and stability in Syria is impossible unless all parties are engaged, including Russia and President Assad as well as the moderate Syrian opposition, Iran, Turkey, Saudi Arabia, the EU, and the US.

Calls for Russia to join the coalition only restarted after a Russian passenger plane was shot down on Oct. 31 and Paris was attacked on Nov. 13. However it is unlikely that this call will be successful, the foreign minister said.
As well as the key disagreement over Assad, Rinkevics said that “the latest incident is not helping either,” believed to be a reference to the downing of a Russian jet by Turkey and the ensuing sanctions and angry rhetoric against Turkey.
Referring to Putin’s accusation that the Turkish are “accomplices of terrorists,” Rinkevics said: “If that is so, why didn’t (the Russians) say it before that particular accident.”

Compromise with Russia would not extend to the Latvian government keeping quiet about the “illegal annexation” of Crimea though, Rinkevics added. He called this “the greatest challenge to international law and order since the Second World War” and accused Russia of trying to regain its old spheres of influence and of not implementing the Minsk ceasefire agreement.

He added that Russia should leave alone countries like Georgia and Moldova, which have chosen to embrace their European or Euro-Atlantic pasts. Both these countries have been moving towards more cooperation and integration with NATO over the past few years and NATO Secretary General Jens Stoltenberg praised Georgia’s reforms just last Tuesday.
“Latvia’s experience of foreign occupation,” he told the British audience, “had triggered a lot of anxiety last year” and an increased NATO presence in the Baltic region is necessary to ensure that Russia is not willing to challenge article five of the NATO charter, which states that an attack on one NATO member is an attack on them all.