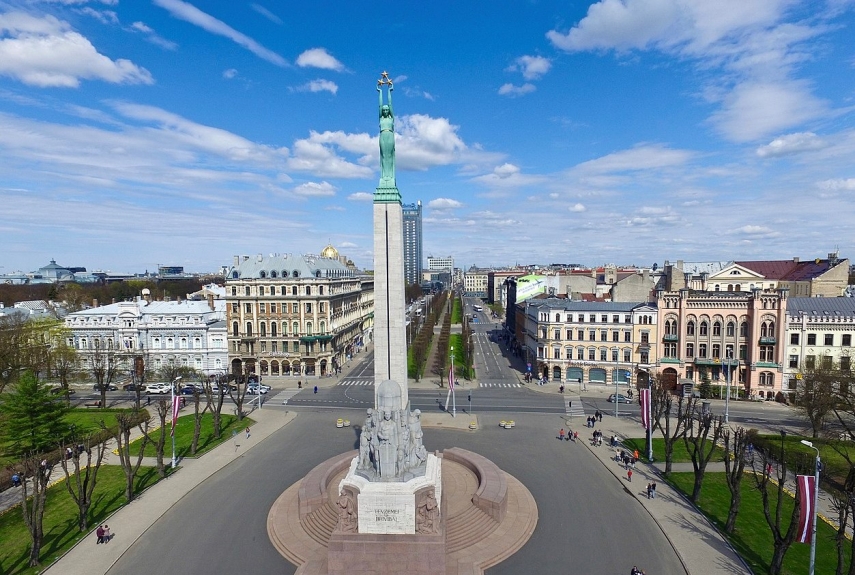 RIGA - Today, Latvia marks the 29th anniversary of the restoration of Independence - a large number of events are taking place in Riga and in other cities and towns of Latvia.

The program of events in Riga will open with an ecumenical service in Riga Cathedral, and performances by Latvian schools' brass bands at the Freedom Monument begin at 11 a.m. Traditionally, state officials will participate in a flower laying ceremony at the Freedom Monument, and a flower carpet will be created by residents at the monument.

In Riga, various concerts and other events will be held in Old Town and the city center today.

Various events for families with children will be organized in Vermanes Park, and there will be commemorative events taking place in other neighborhoods of Riga as well - at the culture centers Ziemelblazma, Imanta, Ilguciems and others.

28 years ago, on May 4, 1990, the Supreme Council of the Soviet Latvia passed the declaration "On the Restoration of Independence of the Republic of Latvia", re-instituting the Constitution of Latvia of 1922. Latvia had been part of the Soviet Union for five decades.