Latvia has most negative attitude towards refugees in EU 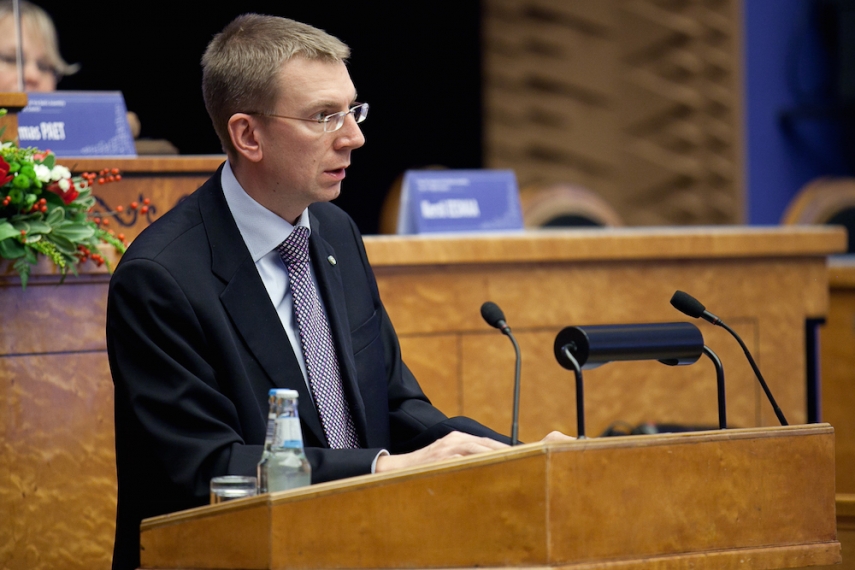 According to Latvian Foreign Minister Edgars Rinkevics, Latvia has the most negative attitude towards refugees in the whole European Union.

His comments come following his meeting with President Raimonds Vejonis on September 14.

"The Visegrad countries Poland, Hungary, the Czech Republic and Slovakia, as well as Latvia do not support the mandatory refugee quotas as such,” said Rinekvics. “The difference is that the Visegrad countries are discussing European Commission President Jean Claude Juncker's plan at the ambassadors committee and their justice and interior affairs councils.

“They say they are ready to revise other numbers of refugees or create a different mechanism for solving the refugee crisis, but our [Latvia's] current stance is that we do not support anything.

“Our flexibility is very limited, Our position now is the most negative one.”

Latvia has not agreed to take in additional refugees because two coalition partners, the nationalist conservative National Alliance and the centrist Greens and Farmers Union (ZZS) do not support the decision.

Unity, the leading partner in Latvia's centre-right coalition, has warned that the refusal to admit more refugees might have negative implications for Latvia's economy and security.

Rinkevics also said Latvia has ended up in an international isolation because of its failure to agree on the resettlement of additional refugees.

Janis Urbanovics, the head of the opposition Harmony party, said after the meeting with the president on September 14, that the government should explain the refugees’ admission process the society in more detail, otherwise ignorance may lead to fear and unrests.

Solvita Aboltina, the leader of the ruling center-right Unity party, indicated that the refugee issue has led to a constitutional crisis and this matter can threaten the stability of Latvia's current government.

President Vejonis said on September 11 that political parties are invited for talks on the refugee issue on Monday and Tuesday.

The Latvian government agreed earlier to voluntarily accept 250 refugees, but, in line with the new Juncker's plan, Latvia might have to admit additional 526 refugees.

Vejonis said that political parties are invited for talks on the refugee issue on Monday and Tuesday.

The Latvian government agreed earlier to voluntarily accept 250 refugees, but, in line with the new Juncker's plan, Latvia might have to admit additional 526 refugees.