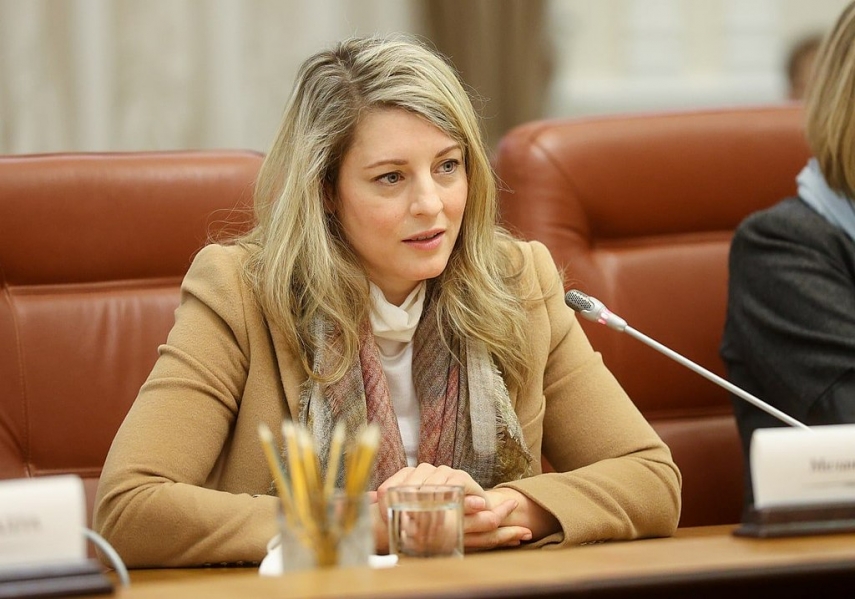 As LETA was told at the Latvian Foreign Ministry, Kalnina-Lukasevica expressed gratitude for Canada’s contribution to bolstering security in Latvia and the Baltic region. She noted  that Latvia welcomes Canada’s vital support and rapid decision-making and implementation concerning the deployment of additional troops in Latvia. In response to Russia’s aggression against Ukraine, Canada has sent 130 additional personnel to Latvia and dispatched a frigate to the Baltic Sea.

The officials discussed current bilateral matters with a special focus on defense and economic cooperation. Kalnina-Lukasevica invited Canada to take part in the Three Seas Initiative Summit and Business Forum to be held in Riga on June 20 and 21. The parliamentary secretary and the French minister were unanimous that relationship between their two states was excellent and should be further developed.

During both the bilateral meeting and a joint discussion with the foreign ministers of Canada, Estonia and Lithuania, particular attention was paid to preparations for the NATO summit in Madrid. The parliamentary secretary underlined that concrete decisions were needed regarding the strengthening of the Baltic states' security.

During her trip to Canada, Kalnina-Lukasevica together with her Canadian, Estonian and Lithuanian colleagues visited Canadian Forces Base Valcartier and met with Canadian soldiers who had once served in the NATO enhanced Forward Presence (eFP) battle group in Latvia.

Kalnina-Lukasevica thanked the Canadian military and society as a whole for their indispensable contribution to safeguarding Latvia’s security. During the meeting, the soldiers underlined the importance of cooperation experience they gained in the NATO eFP battle group.