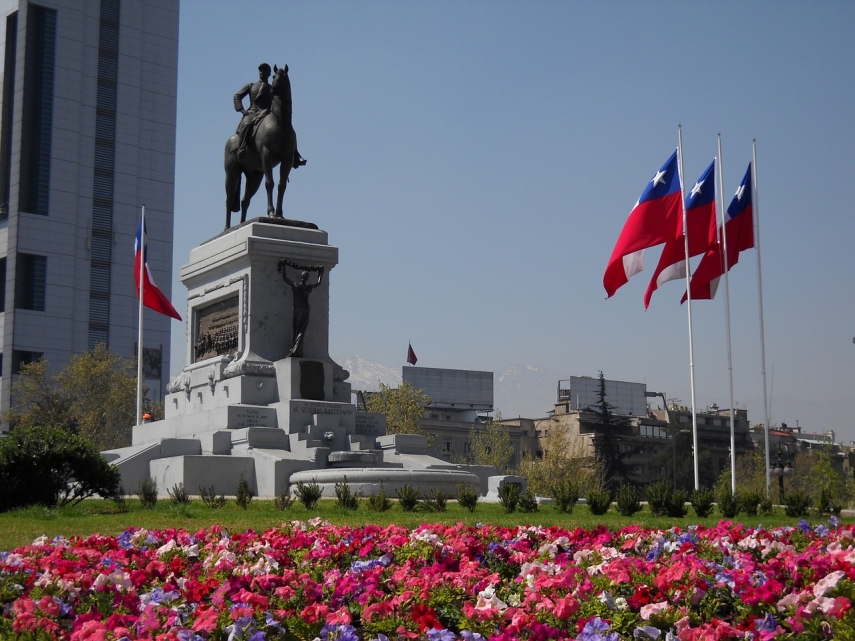 RIGA - On January 21, Latvian Foreign Minisry's State Secretary Andris Pelss met with the non-resident Ambassador-designate of the Republic of Chile to Latvia, Hernan Bascunan-Jimenez, who is in Riga on a two-day accreditation visit, LETA learned from the ministry.

At the meeting, the officials addressed the topics of bilateral relations between the countries and opportunities for cooperation in regional and multilateral formats.

The State Secretary underlined that Latvia and Chile had an excellent potential for enhancing their political and economic cooperation and he pointed out that political consultations between the Ministries of Foreign Affairs of the two countries were a key instrument for expanding a bilateral dialogue. Given that the previous Latvian-Chilean political consultations were held in Santiago in the spring of 2018, the State Secretary invited the Chilean side to a consultation session in Riga.

At the meeting, the State Secretary and the Chilean Ambassador-designate discussed opportunities for economic cooperation, highlighting in particular the information technology sector, and they recalled the successful visit of Latvian IT businesses to Chile in 2018. Latvia has a positive balance of trade with Chile, and economic contacts are increasing. To explore new opportunities for cooperation, for instance, in pharmaceuticals, education and forestry, the State Secretary invited Chilean companies to visit Latvia.

In the context of relations between the European Union (EU) and Chile, State Secretary Pelss welcomed the work that has been launched on the modernization of the EU-Chile Association Agreement. The Ambassador urged Latvia to consider cooperation with the Pacific Alliance, which he called the most dynamic and open regional integration initiative. He invited Latvia to become an observer state in the alliance, as that would open up broader prospects for economic cooperation and project development.

On January 22, the Ambassador of Chile will present his credentials to the President of Latvia, Raimonds Vejonis, and meet with the Deputy Speaker of the Saeima (the Latvian Parliament), Inese Libina-Egnere. The Ambassador will also have a working meeting at the Ministry and Foreign Affairs and Riga Technical University.

The Ambassador of the Republic of Chile, Hernan Bascunan-Jimenez, resides in Stockholm, Sweden.

The Pacific Alliance, comprising Mexico, Colombia, Peru, and Chile and having a combined population of 217 million people, is the eighth largest economy in the world. It represents 38 percent of Latin American and Caribbean GDP.