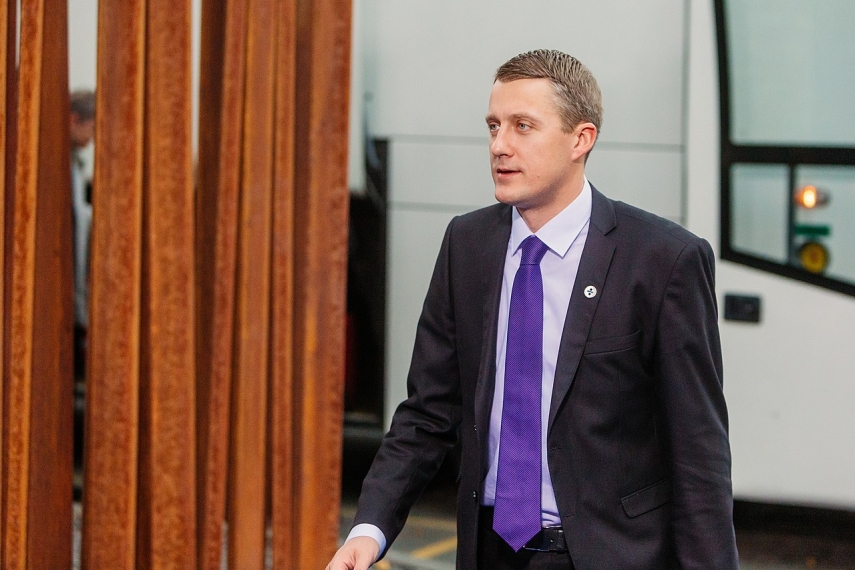 VILNIUS – As the Astravyets nuclear power plant near the Lithuanian border started producing electricity on Tuesday and Lithuania subsequently suspended power trade with Belarus and the Baltic states do not import power from continental Russia yet, Lithuanian Energy Ministry Zygimantas Vaiciunas says there's a risk that Latvia and Estonia will approve a bilateral methodology for power trade with Russia.

"We have raised that risk and stressed that issue that there's such a possibility … that the other two countries might exit the existing methodology," Vaiciunas told journalists on Tuesday.

In his words, after Lithuanian announced its decision to suspend trading via the Lithuanian-Belarusian interconnection, the Latvian transmission system operator said trading with Russia should take place under the trilateral methodology as of November 5.

"This Latvia's first step probably shows the intention to adhere to the agreement and, first of all, endorse the trilateral methodology. If it's not approved by our regulator, so these are legal matters on how it will be done legally," the minister said. "In reality, Latvia will have technical means to trade with Russia."

But Loreta Kimutyte, a spokeswoman for VERT, told BNS consultations will be held as of November 5, therefore, it's unrealistic for the methodology to be approved before that. When VERT will consider it is still unknown.

VERT has not approved the new methodology yet as its draft version does not ensure that Belarusian electricity won't enter the Lithuanian market and, therefore, should be improved. Meanwhile, Latvia and Estonia approved the methodology last week.

Litgrid says that under the new trilateral methodology, the maximum possible amount of electricity imported from Russian by the Baltic states would stand at 4.2 billion kWh next year, or 6.6 billion kWh if the 0.62 coefficient is not applied.