Landsbergis was Lithuania's head of state 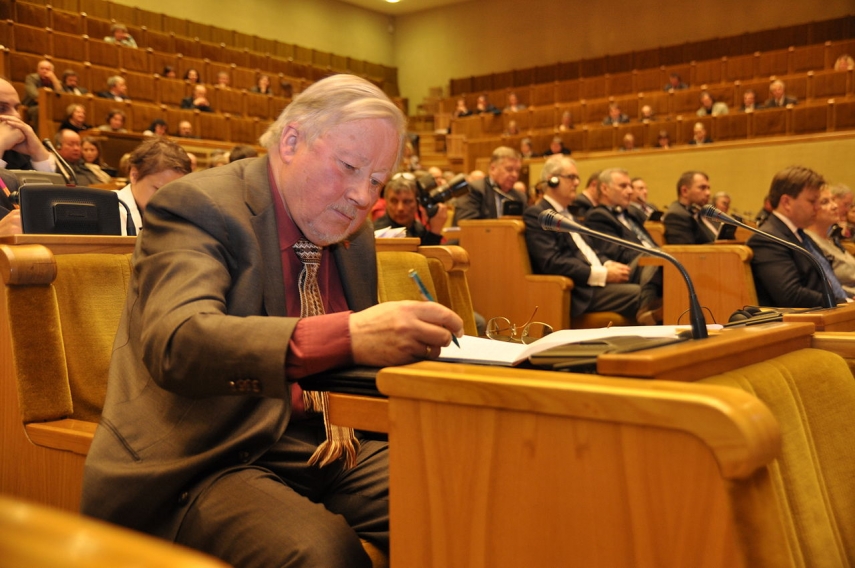 VILNIUS - Vytautas Landsbergis was Lithuania's head of state when he served as the speaker of the Supreme Council–Reconstituent Seimas, Prime Minister Saulius Skvernelis said.

"I do understand that some are happy and some are unhappy, satisfied or dissatisfied with the activities of one or another politician, but we have to look at the facts. The facts are that during a certain period of our state, at the beginning of the restoration of the state, the position of the speaker of the Supreme Council was the position of the de facto head of state," he said in an interview with Lietuvos Rytas Television on Monday evening.

Skvernelis thinks that Landsbergis should be granted all the benefits that a former head of state is entitled to by law, such as protection or an office.

Viktoras Pranckietis, the speaker of the Seimas, last week raised the issue of granting Landsbergis the status of a former head of state and associated benefits. He said that he was watching the situation to see if such a proposal would receive enough support in the current parliament.

Earlier attempts to formally recognize the status fell through.

Landsbergis presided over the Supreme Council when it adopted the Act of the Re-Establishment of the State of Lithuania on March 11, 1990. Under his leadership, Lithuania managed to withstand the Soviet Unions' economic blockade and gained international recognition.