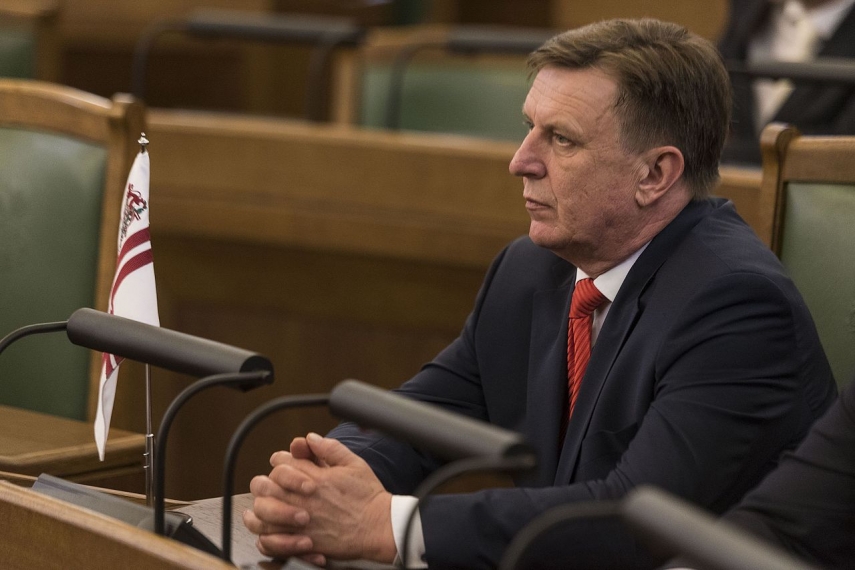 RIGA - Good foundations have been laid for further expansion of the economic cooperation between Latvia and China, as Prime Minister Maris Kucinskis (Greens/Farmers) and Zhang Dejiang, chairman of the Standing Committee of the National People's Congress, agreed during a meeting in Riga today.

Kucinskis told Zhang that Latvia supported China's One Belt, One Road strategy, and the Three Seas initiative, and was ready to participate in these initiatives by offering an efficient, predictable and safe platform for manufacturing, commerce, and logistics, Kucinskis' press secretary Andrejs Vaivars informed BNS.

Latvia is the first Baltic country to sign a memorandum of cooperation in the One Belt, One Road initiative, a precondition for the development of further cooperation projects, added Vaivars.

Commenting on areas with the best cooperation opportunities, Kucinskis mentioned the Rail Baltica project, national airline airBaltic, as well as infrastructure development at Latvian ports and at the Riga International Airport.

The officials also noted opportunities for closer cooperation in education and science.

Kucinski and Zhang then talked about the development of trade between Latvia and China and prospects for Latvian products in China. According to Vaivars, Latvia's export of goods to China increased 8.5 percent in 2016, and at the moment China is the 11th largest foreign trade partner of Latvia.

Kucinskis went on to inform Zhang about winter sports in Latvia and offered China to use Latvian sports infrastructure to train athletes for the next Winter Olympics, especially in bobsleigh, skeleton, and luge.

In conclusion of the visit, Zhang invited Kucinskis to visit China.