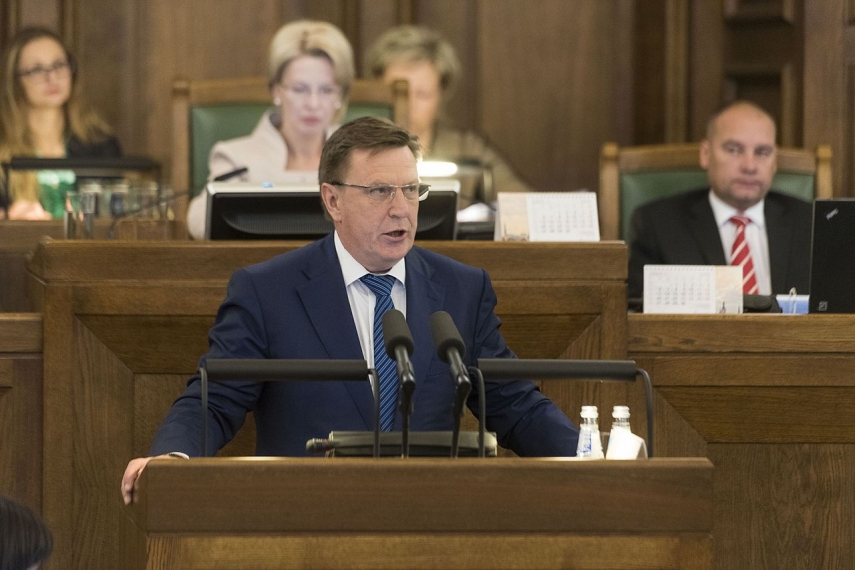 Although Britain has decided to leave the bloc, Latvia wants to further develop its good bilateral relations with this country, stepping up bilateral cooperation and also continuing to cooperate in multilateral formats. Latvia is interested in close cooperation among the Baltic and Nordic countries and the UK, including in the framework of the Northern Future Forum.

During the conversation, Kucinskis indicated that Latvia definitely does not want to complicate the Brexit process, stressing that Latvia's position on this issue is pragmatic and rational.

Kucinskis touched on Latvian citizens' status and rights in the UK, noting that most of these people have received education for Latvian taxpayers' money but that currently they are paying taxes and benefiting the British economy. Both officials agreed that the interests of those people who have gone to the UK to work must not suffer.

The Latvian prime minister also indicated that Latvia wants to trade with the UK, which is Latvia's seventh largest trade partner, to continue as unimpeded as possible.

"We see an opportunity for our companies and organizations to use Brexit for the creation of new synergies - we offer Latvia as a convenient place for opening businesses, education institutions and representations of financial services in EU territory," Kucinskis said.