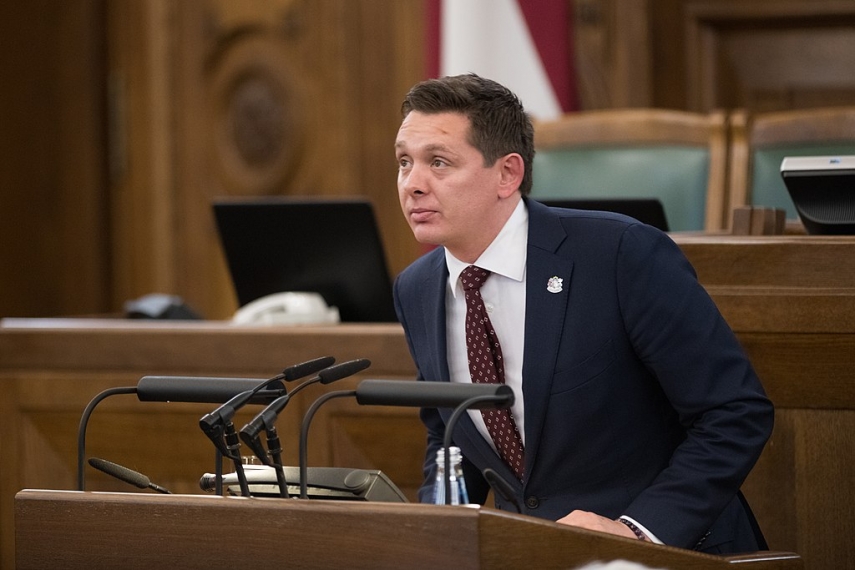 RIGA - KPV LV co-chairman Artuss Kaimins is against including the Union of Greens and Farmers in Latvia’s new coalition government, which is contrary to what his fellow party member and prime minister nominee Aldis Gobzems (KPV LV) is proposing.

Kaimins pointed out that this was his personal position and that he had communicated it to the KPV LV faction in Saeima. He also noted that the KPV LV faction has yet to vote on the distribution of ministerial portfolios proposed by Gobzems.

Kaimins denied that his position might mean a split within KPV LV.

As reported, Gobzems proposed a model of five-party coalition on Tuesday, offering JKP the highest number of ministerial posts but urging the party to drop its “red line” against joining a coalition with Greens/Farmers.

However, JKP continues to insist on excluding Greens/Farmers from talks on Latvia’s next government.

As reported, Gobzems has called on JKP to change its position by Saturday, December 8, and join his government.

In the situation where it is necessary to pass the budget, carry out reforms and raise people’s wages, “we still need to learn how to be a nation” in order to do “hard, unpopular and common work”, Gobzems said.

President Raimonds Vejonis has given Gobzems until December 10 to reach an agreement on his government and its priorities.