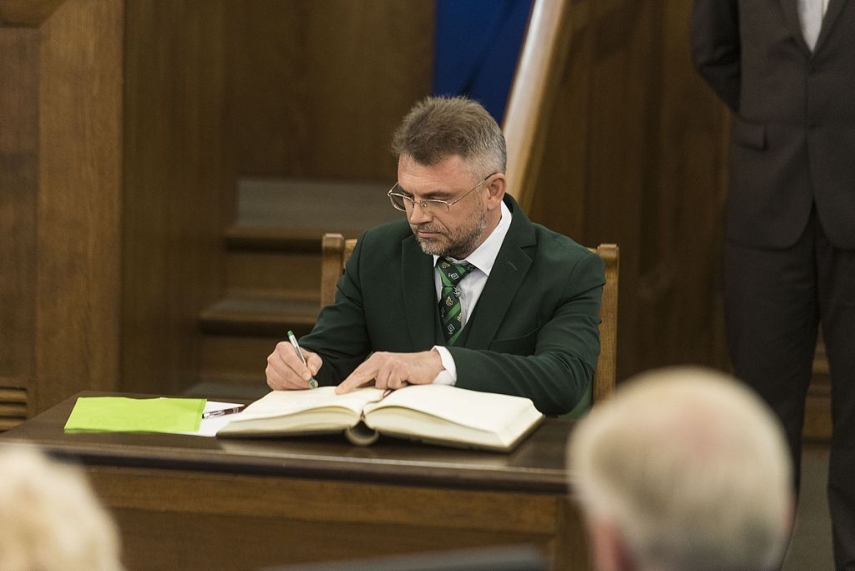 RIGA - The Corruption Prevention Bureau (KNAB) has requested the Prosecutor's Office to prosecute former MP Askolds Klavins (Union of Greens and Farmers) for misusing his public office for private gains.

Without mentioning a name, the KNAB informed LETA that a letter has been sent to the Prosecutor's Office on Thursday requesting a former MP to be prosecuted. The KNAB did mention, however, that the MP in question relinquished his MP mandate on September 13.

Meanwhile, when contacted by LETA, Klavins himself did not give any comments on the matter.

If convicted, Klavins could face up to three years in prison.

As reported, an investigation, which was started on May 2 this year, has obtained evidence to suggest that MP Klavins had been misusing his public office for private gains from November 1, 2016 to May 2018, causing significant damage to the Saeima budget, according to a KNAB statement.

Meanwhile, Aizliegtais Panemiens, an investigative journalism program of the Latvian public television, reported recently that a potential employee, applying for a job at the Gandrs chain of outdoor sporting equipment that belongs to Klavins, had been offered a double payment system, suggesting of unreported wages paid in the company.

Klavins has since relinquished his MP mandate and does not plan to run for the upcoming parliament elections that will take place on October 6.